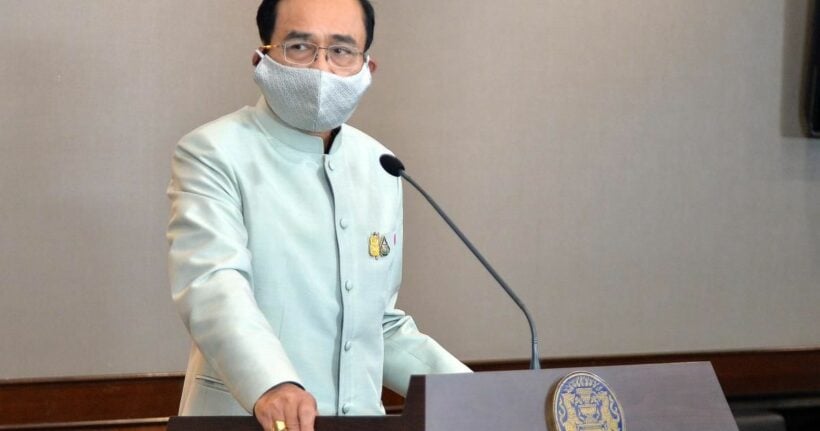 PM Prayut Chan-o-cha is calling on all citizens and residents to refrain from celebrating Songkran, cancel their trips home and avoid all gatherings during the 3 day festival, which kicks off on Monday.

The government announced last month that the Songkran holidays would be postponed to later, unspecified dates, in line with efforts to curb the spread of the Covid-19 coronavirus.

The premier says that, in keeping with tradition, people can sprinkle water on Buddha images at in their homes and express their gratitude to their parents “provided they maintain a 2 metre distance and wear face masks at all times”.

He also said in last night’s televised speech to the nation that the government does not have any immediate plans to extend the current 10pm-4am curfew hours.

Thailand has been under a state of emergency since March 26, which is due to expire on at the end of the month. The PM has indicated he may extend it.

Last week the PM supported the campaign to “Save Parents” during Songkran by NOT returning to visit parents in far-flung provinces, stay at home and save the celebrations with their parents until later. The campaign has also been designed to protect older members of the Thai community from potential infection.

Currency will be a key driver in Phuket’s (eventual) tourism recovery?