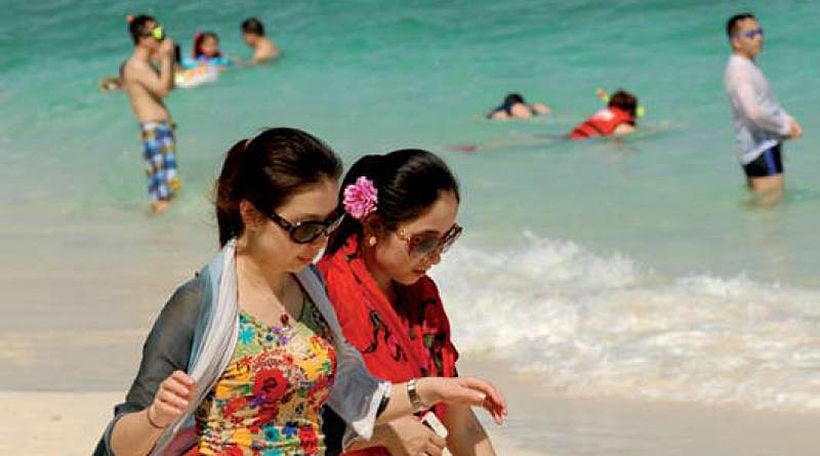 In the lead-up to the Covid-19 crisis one constant complaint by Thailand’s hotel sector has been the strength of the Thai Baht. Zeroing in specifically on the Mainland Chinese market, the rapid demise to the island was in part triggered by the tragic boat accident in mid-2018, along with a number of other country-wide negative tourism stories that hit China’s social media spotlight.

Of course, later the blame game shifted to China’s economic slowdown, the pending trade war with the US and finally the rise of lower priced regional competitors such as Vietnam. Looking into the metrics, while the 2018 incident promoted a downturn, the reality is the later stage weak numbers can be attributed to many things, including currency flips.

So, sitting in my office on a Saturday, my gut is telling me Thailand looks set in April to be over the worst of the cases, and it makes sense to start looking ahead to what tourism recovery may look like. Mind you May is not looking all that great so let’s fast forward to June.

Please understand I am not deluded enough as a certain Tweeting Cheeto in Washington D.C. to say everyone will be back in church by Easter, or in this case the temple, but statistically Covid-19 numbers seem to be reducing.

I thought it made sense to highlight some of the currencies attached to Phuket’s key tourism markets and see if the present outlook was positive or negative, so here we go…

Chinese Yuan (RMB)
Today, sitting at 4.65. Last September was down 4.25. Now if we go back to the heyday of 2018 the mid part of the year flirted with 5.00 and above. So, while we are not there yet, the good news is the Yuan is getting stronger in a market that is key to Phuket’s recovery. Result POSITIVE

Russian Ruble
In 2019, 44% of international passenger arrivals were from China and Russia. The Russian ‘Snowbird’ market is key to island tourism due to a high average length of stay – around 12 days. This seasonal trend runs from October to April. Today, the Russian Ruble is .44. Taking a look back at this last peak season the Ruble was between .48 and .49 so the currency has taken a sharp hit, mostly on the bottom falling out of global oil prices. If you move back to 2017, trading was at .55 to .55. That said, snow is a mighty big driver of demand for Phuket but the  weak Ruble will likely mute some demand. Result NEGATIVE

British Pound
I’m not even going to touch how Brexit may or may not impact this currency, but let’s look at the current situation. The Pound is 40.69 to the Baht. During the mid-part of last year it had moved to the 37 to 38 level during the Brexit debate and clearly this impacted UK travellers to Thailand at a time of summer holidays. Checking into 2017 and 2018, while off the sublime days of 55 in 2016, trading in the former was in the range of 44-45. While we’d like to say 40 and above is heading in the right direction, volatility is likely. Result NEUTRAL

Euro
Today the Euro is sitting at 35.75. Much of Q3 and Q4 last year, it played in the 33 to 34 level, and again was a negative for European travellers to Thailand. In 2018 strong performance was 37 to 39. Still, the trend in the past few months, I believe gives hope for summer travelers to have good value from Europe and this remains a strong Thai market. Result POSITIVE

Singapore Dollar
The Sing dollar is currently slightly above 23. Taking a look at late Q3 and Q4 2019, the currency was down in the 22 to 22.5 level. While Singapore has strong airlift to Phuket, the market does work on value and the current swing up is a definite improvement. Looking at location location location as the mantra and an upswing, this is a natural early mover for Phuket to recovery.  Result POSITIVE

One notable omission is the US dollar and while North America is not a leading market for Phuket the cartel of the brand and sentiment of global travellers as a reference marker is important so the recent uplift of the dollar over 33 to the Baht is again a step in the right direction.

Still early days, but again, will be interesting to look how currency plays out in the Covid-19 recovery story for hotels.