Last night at 10pm Phuket’s Governor Phakaphong Tavipatana, announced the ‘lock down’ of Rawai and Karon districts to contain the spread of the Covid-19 outbreak. The proclamation starts today until further notice.

“People are asked to say in their homes at all times, while public health teams will be deployed to check any common area for the virus.”

“All nonessential vehicles are now banned from entering or leaving the two subdistricts including all public transport buses.”

“Any personals in the areas who are experiencing any symptoms of infection are to report to officials immediately.”

Karon Municipality and Rawai Municipality has been ordered to deep clean any important public areas to contain the spread of the virus. Checkpoints into Karon have been set up at the Karon View Point located in between Rawai and Karon, at the entrance to Freedom Beach and on Kata Hill.

Health inspectors will also be travelling around the area checking on homes and resident’s welfare. 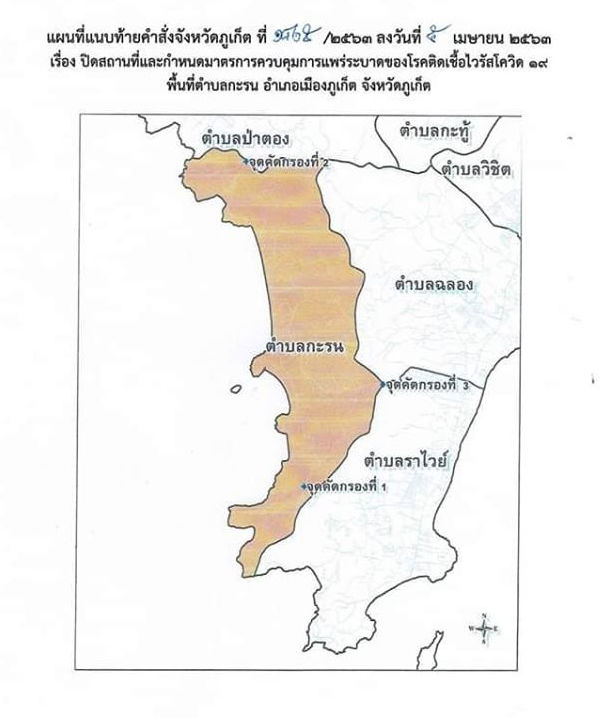 As for Rawai checkpoints have been set up in front of the Tesco store near the Rawai beachfront, at the Karon View Point and at Chalong circle. 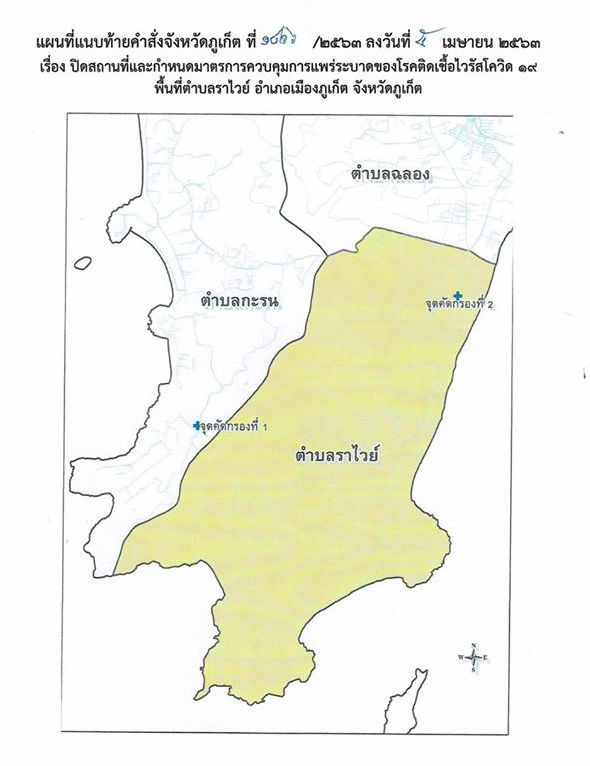 The Rawai shutdown was allegedly deemed a necessity after health officials discovered foreigners staying at a condo were allegedly visiting and staying in Patong before coming to Rawai.

“Health officials have confirmed that some of the tourists came from Patong. However some of them claimed they came from Kathu, but we do not believe them.”

308 curfew breakers are facing imprisonment and fines up to 40,000 baht