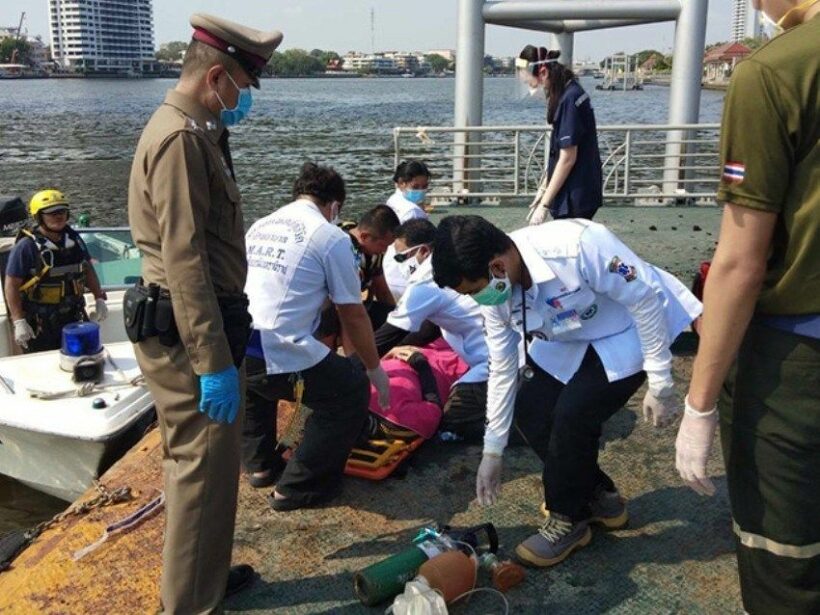 Two university students have died and a third has been rescued after the three allegedly attempted suicide by jumping off the Rama VIII Bridge in Bangkok over the weekend. The three young women jumped off the bridge wishing to end their lives from fears of Covid-19.

The Bangkok Metro Police Station were notified of the incident and dispatched a team of medics to the scene. Two women were discovered drowning beneath the Rama VIII Bridge where a rescue boat was dispatched to rescue them.

Two of the women were pulled from the water but one died at the scene. The rescue team spent two hours searching for the third woman whose body was later retrieved from the river. The surviving woman informed police that the three were cousins. They also studied and lived together in an apartment near the University of the Thai Chamber of Commerce.

The survivor explained the cousins ​​decided to end their lives last week and planned to commit suicide by jumping from Rama VIII Bridge. According to police, they had been planning the idea for a few months.

The survivor was sent to Siriraj Hospital to be tested for Covid-19 as she had an elevated temperature. Her father said that after the closure of their university for Covid-19, she returned home. Later that morning she left to pay rent for her apartment and never came home.