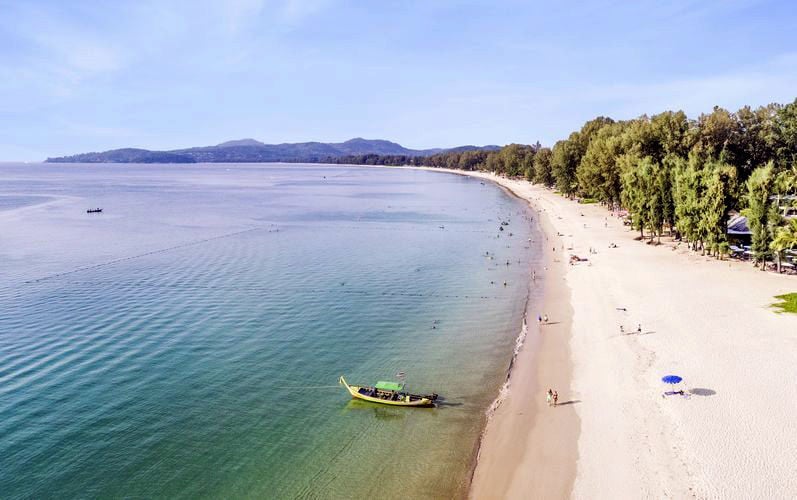 Phuket has virtually sealed itself off, with all roads, ports, and as of Friday even the airport officially closed. The governor announced an alcohol ban on Friday night as well, effective until further notice, and travel between the island’s 17 sub-districts has been severely restricted since yesterday.

Case 179: A 24 year old Thai man, a graphic designer with a history of close contact with confirmed case number 174. He lives in Bang Tao, Cherngtalay. He fell sick on April 7, and 1 contact is at high risk and is being sought by authorities.

Case 180: A 20 year old Thai man, an office worker and the younger brother of confirmed case 179, who also had close contact with case 174. He also lives in Bang Tao. He fell sick on April 8 and 1 person is at high risk

Case 181: A 59 year old Thai woman, a maid with a history of close contact with confirmed case number 171. She also lives in Bang Tao, and she fell sick on the April 7. 4 people are considered at high risk.

Case 182: A 13 year old Thai girl who is a student. She has a history of close contact with confirmed case number 181 as they live together lives in Bang Tao. She fell sick on April 6 and 4 people are at high risk.

Case 183: 70 year old Thai security guard with a history of who lives with confirmed case number 171 lives in Bang Tao. He fell sick on the March 27 and 6 people at high risk.

Case 185: a 22 year old Thai woman, also a university student, she is the twin sister of case 184 and also lives with case number 174 in Bang Tao. She fell sick on the April 9 and 15 people are at high risk

Case 187: A 36 year old man glass subcontractor who also lives in the same house as confirmed case number 174 in Bang Tao. He fell sick on March 29, 19 people are at high risk.

Case 188: A 97 year old retired Thai woman, who also shares the house of case 174 in Bang Tao. Although she shows no symptoms, 14 people are considered at high risk.

All of today’s reported new cases are in the Bang Tao area, making it the island’s new hotzone for coronavirus, an honour previously held by Patong.

Although Phuket, with a population of some 432,000, has the highest rate of infection per capita in Thailand, it has reported only one death, that of a Hungarian tourist who was involved in a motorbike accident but in hospital withheld details of his visits to the Bangla Road red light district. 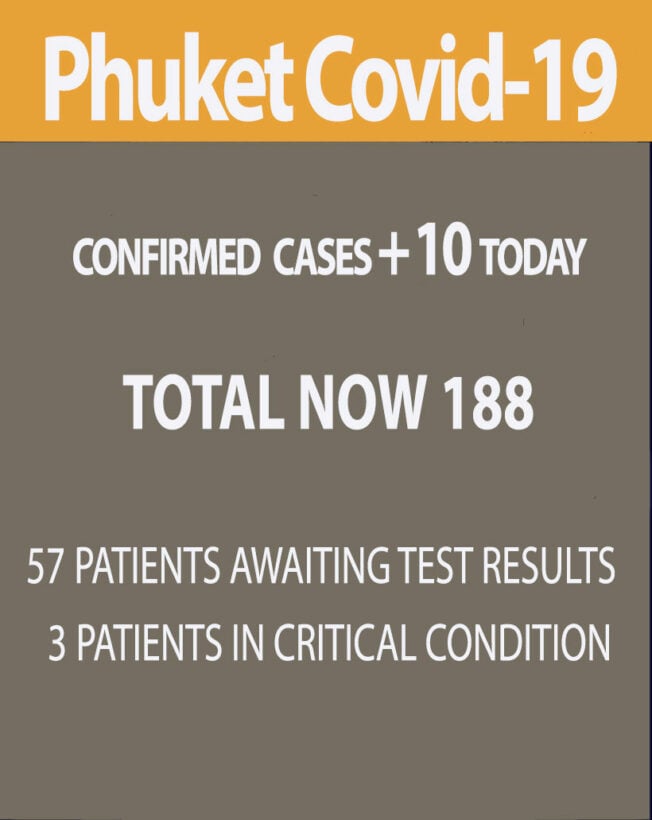