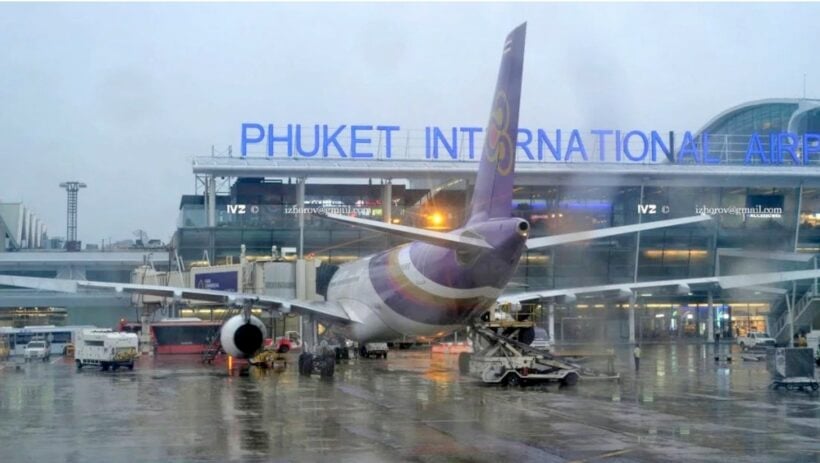 The southern island province of Phuket has sealed its borders by land and sea, and yesterday provincial governor Phakkhaphong Thawiphat announced that air transport to Phuket will also shut down beginning April 10 until at least April 30 in order to prevent the spread of the Covid-19 coronavirus.

“Shutting down the air transport route requires seven days notification in advance according to Civil Aviation Authority of Thailand (CAAT)’s regulations, therefore the shutdown order will come into effect on April 10 and will last until April 30, just like other transport routes.”

Phuket has only one land transport channel connected to the Thai mainland: Sarasin Bridge via the Tha Chatchai Checkpoint. It too is now closed under the governor’s order for all transport, except for vehicles that carry necessary goods such as gas, medical supplies and food, and some government vehicles. Others must seek permission from the Public Health Ministry.

Marine transport channels both international and inter-provincial face the same restrictions. Crews on foreign ships allowed to enter Phuket must not disembark under any circumstances. Crews from domestic ships can disembark in Phuket, but only after they provide a doctor’s certificate and undergo screening as specified by the Ministry of Public Health.