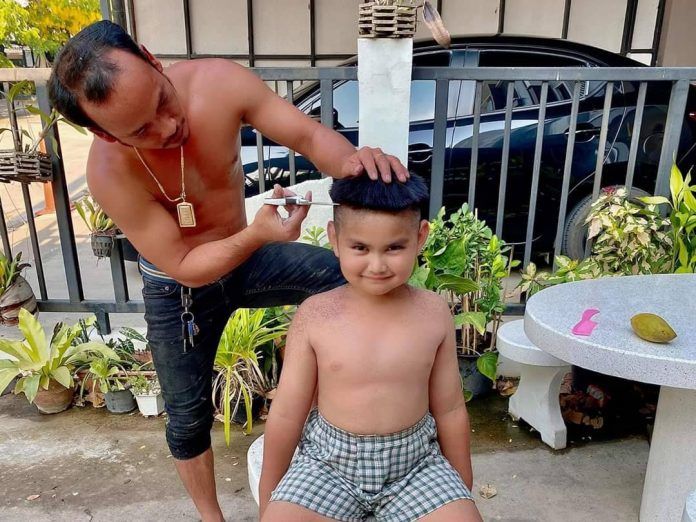 There is perhaps no better motivator for children than peer pressure and the threat of public humiliation.

Yesterday in Pattaya, many local schoolboys woke up to their quiet Songkran, unable to play in the traditional festivities, sporting their new home-made hairstyle meant to shame them into self isolation called the “Mushoom Cloud.”

Pattaya hairdresser Prasit Laokodee masterminded the idea to give kids a haircut so ugly, so embarrassing, they would willingly WANT to stay inside and avoid the laughter and finger pointing of their schoolmates. Their parents thought it was brilliant.

Only problem, the kids loved it.

Turns out giving a similar haircut to several buddies unifies them, whether it’s the Khao Sam Dan, or “three white sides” fad of the police, or the “Mushroom Cloud” crop that’s now all the rage in Pattaya. Maybe the governments’ mandatory haircuts for students has some merit after all in developing uniformity of moral, but hey, why not have some fun with it.

Watch out for the mushroom cloud ‘do’ in Pattaya as parents try and come up with some other devious way to get their kids to stay inside. 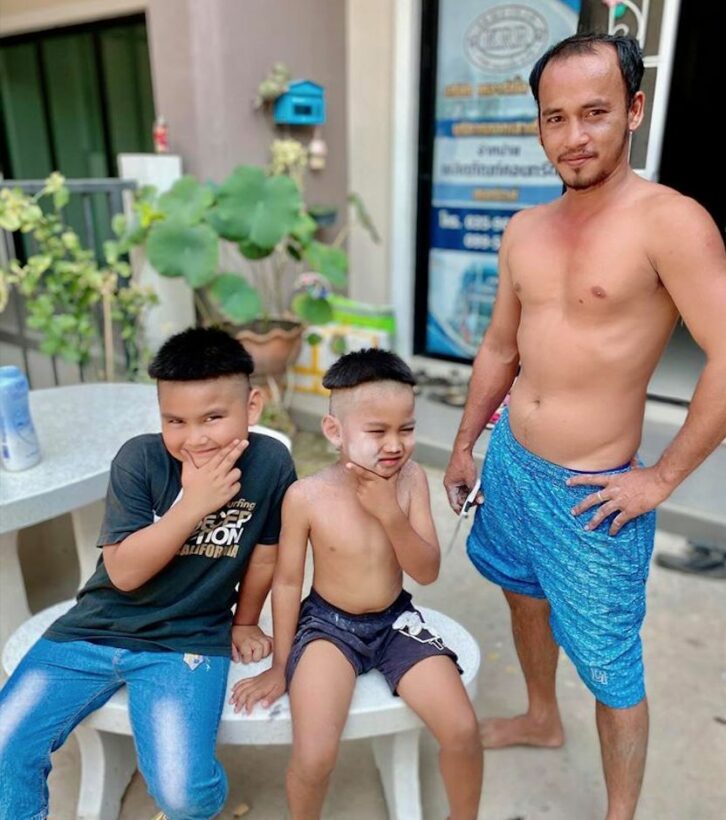