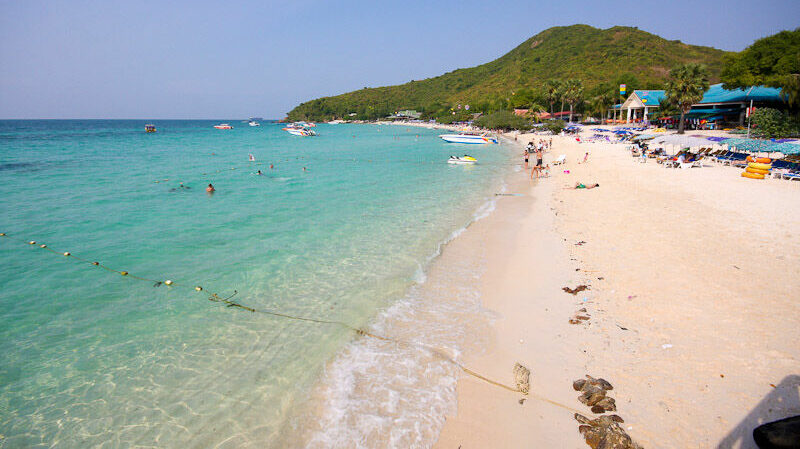 Koh Larn, the small island off of Pattaya, has announced via social media last night that they plan to reopen the island for visitors next Tuesday. 3 Ferries will also be running a day, one at 7am, then another at 12pm, and the last one at 5:30pm. The same Covid rules that apply to Chon Buri will be applied to the island, such as a ban on large gatherings and a nightly curfew that lasts from 9pm to 4am.

It has yet to be announced if the beaches will also be opened by the Chon Buri governor. Thus, despite the island itself being reopened, the beaches will stay closed, at least for Tuesday. Visitors will be required to present a passport or if they are a Thai national, a Thai ID card. Foreign migrant workers are not allowed on the island as per the rules stated in the announcement.

Last week it was announced that the island would stay closed until the end of the month.

KAP
2 hours ago, gummy said: Actually they are not dumb, just the worlds elite at scamming and benefitting from corruption at every opportunity, all protected by creeps with guns.   I hope they have adequate security in place to avoid…
Bob20
Pools are open too, but we won't put any water in. And restaurants will be fully ready, but don't serve food. Who comes up with this stuff? 🙄

CCSA Covid-19 plan: domestic vaccines, “learning to live with it”

Thailand to get Covid-19 foreign aid from China and Korea