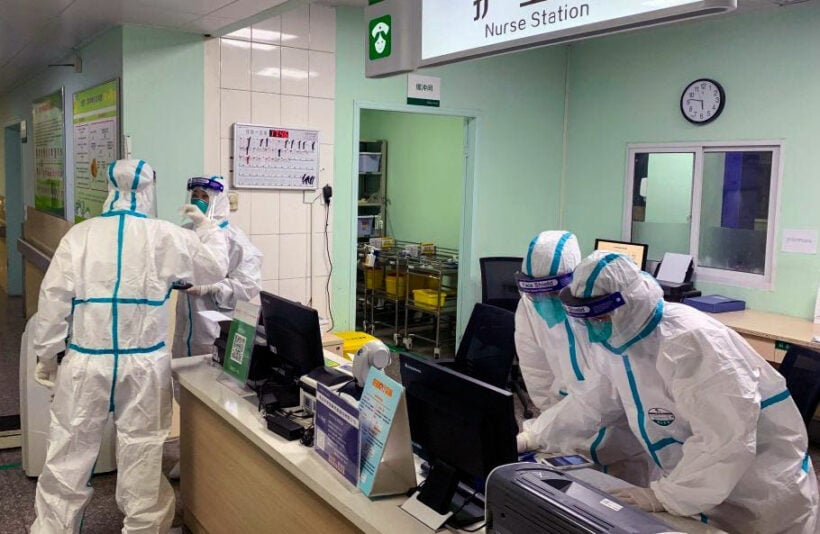 The Novel Coronavirus that infects the respiratory tract and gives patients flu-like symptoms, is now responsible for at least 42 deaths in central China (40 in Hubei), with 15 new fatalities reported yesterday, and more than 1,409 cases in total. At this stage the spread of the virus outside China has been extremely isolated with overseas authorities quarantining any confirmed cases detected. Confirmed cases outside of China remain at 38 this morning (below).

China’s President Xi Jinping chaired a meeting with top officials of the ruling Communist Party on the prevention and control of the outbreak yesterday. Xi made it clear that in facing the “grave situation of the rapid spreading epidemic” of the new coronavirus, it is necessary to strengthen the centralised leadership team”.

Meanwhile, in France, where 3 cases were detected on Friday, a leading doctor treating two Paris patients says that the illness “appears less serious than comparable outbreaks of the past and that the chance of a European epidemic appears weak at this stage”.

• Chinese President Xi has ordered officials in the Hubei Province (where Wuhan is the capital) to take more rigorous measures to prevent the virus from spreading and to locate all patients in centralised quarantine. He is urging the country’s party committees and governments at various levels to fully implement the decisions and policies made by the Party’s Central Committee, and make all efforts to mobilise resources to curb the spread of the virus.

• President Xi called for “strengthening the protection of medical staff, ensuring the market supply of materials in need, intensifying disclosure of related information to guide the public opinion as well as the mobilisation of social forces to uphold the overall stability of society”.

• All Chinese domestic group and packaged tours were stopped on Friday.

• The Chinese central government says it is sending more than 1,200 health workers, along with 135 People’s Liberation Army medical personnel, to Wuhan. The announcement is an unprecedented effort to control the spread of the virus.

• The US government has announced a charter flight for diplomats in Wuhan, according to CNN. The French government has also chartered a bus to transport its citizens out of the city.

• Videos and witness accounts from Wuhan indicate packed hospitals and overworked staff. A new, 1,000 bed hospital is being built on the city’s outskirts, which will be ready by February 3.

• In the US, the first two cases of coronavirus were confirmed this week – a man in his 30s who is under observation in Washington State and a Chicago woman in her 60s.

• Confirmed cases of coronavirus in China and around the world now stand at more than 1,400 globally. China has already restricted travel for more than 30 million people, a move considered unprecedented. Medical facilities are struggling in Wuhan, the epicentre of the outbreak, as authorities race to build a new hospital for those affected.

• US President Trump has tweeted his thanks to President Xi and China’s efforts to contain the Wuhan coronavirus.

• A Hong marathon running event marathon, due to take place in a couple of weeks, has been cancelled amid fears of the coronavirus outbreak. Organiser assured the event’s 70,000 participants that they will receive refunds. Meanwhile, Hong Kong has raised its response level “emergency,” and the city’s Chief Executive Carrie Lam has cancelled the Spring Festival and Lantern Festival events for Chinese New Year.