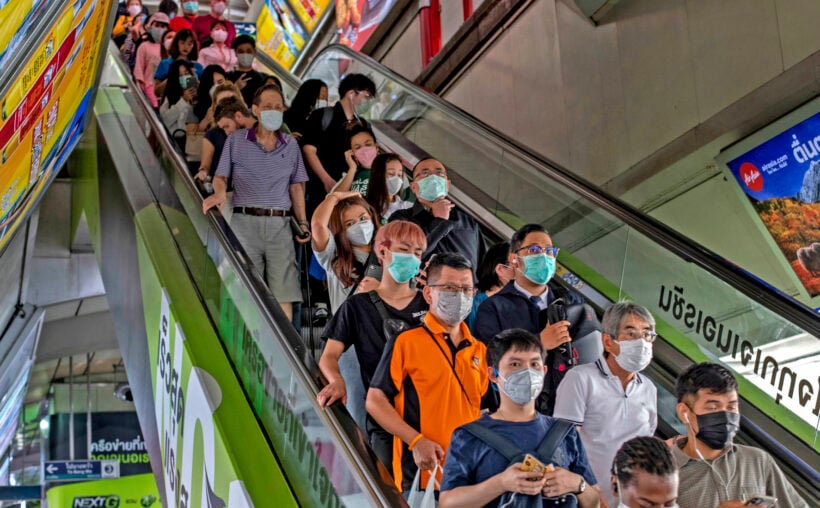 This morning there remain 25 confirmed coronavirus cases in Thailand. The death toll has now reached 724 with a total of 34,878 confirmed cases in the past six weeks. Over 2,000 have now fully recovered.

There hasn’t been any new confirmed cases in Thailand for three days but some of the earlier identified patients have now been released from hospital. No coronavirus cases have died in Thailand.

Pol Lt-Gen Sompong Chingduang, commissioner of the Immigration Bureau, maintains that tourists from Wuhan and Guangzhou were a focus of stringent health screening when they arrived in Thailand, as well as random follow-up checks to make sure they have not developed symptoms. Only one visitor was isolated as a result of the checks and remains under observation awaiting results of lab tests.

The immigration Commissioner says that most of the Chinese visitors still in Thailand arrived before outbreak became a public health problem in Wuhan.

“Those who cannot return to China, due to travel restrictions, have asked to extend their visas and the Immigration Bureau has arranged for medical personnel to carry out health checks, so they can isolate and treat anyone found to have fever.”

Speaking at a news conference, Anutin said the infection is being found even in countries and territories that have restricted or closed their borders to Chinese travellers. Instead of a travel ban, he says, the government will focus on increased screening and medical treatment, and a decision not to impose a travel ban will have “a positive result” on Thai-Chinese relations in the future.

His announcement is a U-turn from his previous stance, proposing a suspension of visas-on-arrival for Chinese tourists, a proposal that was  rejected by the Cabinet. About 10.9 million Chinese nationals visited Thailand in 2019, the largest chunk of tourism revenues for the Kingdom. Tourism provides around 18% of Thailand’s total GDP.

Dr Li Wenliang, the face of the Wuhan Coronavirus, and failed censorship