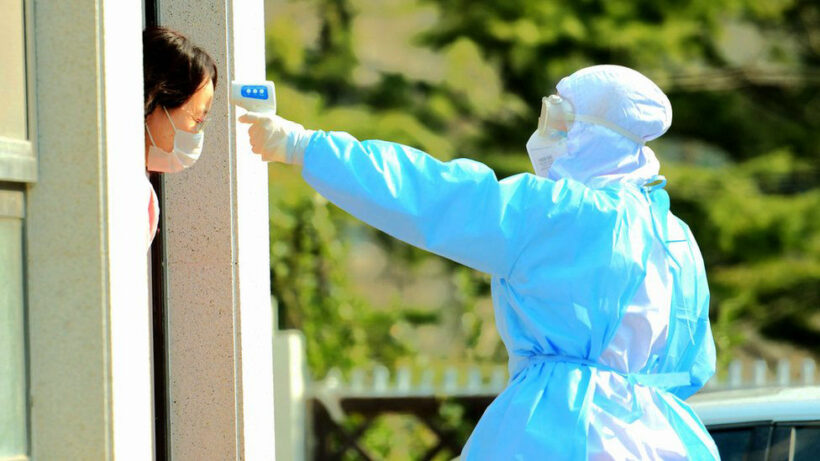 Covid-19 was first reported at the very end of last year in Wuhan, a city of 11 million in the central Hubei province in China. The deadly respiratory virus has since infected more than 66.8 million people and led to over 1.53 million deaths around the world, according to Worldometers.info

This week, specifically December 1, marks 1 year since the first known patient showed symptoms of the disease in Wuhan, according to a key study in the Lancet medical journal published earlier the year. And what a year it has been.

The common narrative since the earliest days is that China either mishandled or deliberately suppressed, or even destroyed evidence, related to the early days of the outbreak. The Chinese Communist Party and appointed health officials endangered other countries by allegedly silencing doctors and whistleblowers who spoke out about the strange new virus. There were also allegations that government officials destroyed evidence of the new virus in their Wuhan laboratories and refused to provide samples to international scientists who were already working on a vaccine.

Now a series of new documents, verified by experts, point to the answer of the question “what did they know, and when?”

According to the known timeline, by December 30 Wuhan health officials shared internal memos about the “unusual pneumonia”. Some of these leaked on social media. Shi Zhengli, a scientist specialising in coronaviruses at the Wuhan Institute of Virology, famous for being able to trace the original SARS virus back to bats living in a cave, was told about the new strain of coronavirus. She immediately headed back from a conference in Shanghai to Wuhan to investigate the situation.

Then on December 31, on the eve of 2020, the World Health Organisation learned about the mysterious pneumonia cases from an open-source internet platform that searches for any mentions on outbreaks anywhere in the world. The WHO were contacted by their regional office about the finding of the internet reports.

Now, a whistleblower, who claims to have worked in the Chinese health care system, has leaked 117 pages of hitherto unseen internal documents from the Hubei Provincial Centre for Disease Control and Prevention, to US cable news giant CNN. CNN entitled the special investigation “The Wuhan Files”.

According to a report published in CNN this week, the document marked as “internal document please keep confidential,” local health authorities in Hubei province list a total of 5,918 newly detected cases on February 10. This is more than double the officially declared numbers released to the public of new, confirmed cases. This larger total was never fully revealed at the time, as China’s health statistics seemed, amid the tumult of the early weeks of the pandemic, to downplay the possible severity of the outbreak.

The documents have now been verified by 6 experts, showed how health officials and medical practitioners in the Hubei Province struggled to manage the coronavirus up to April 2020. These very early days were a critical period where the novel coronavirus spread from central China to other provinces and then beyond its borders to the rest of the world.

On January 13, the World Health Organisation announced that Thailand had the first confirmed case of the coronavirus outside of China.

All together, thees new documents amount to the most significant leak from inside China since the start of the Covid-19 story and provide a clear view of what local authorities already knew, and when. Although these newly leaked documents provide no direct evidence of a deliberate attempt to obfuscate information from the very early days of the new virus, they do reveal numerous inconsistencies in what authorities claimed was happening and what was revealed to the public.

But the documents fall short of proving any specific malicious intent, often used in accusations against the health and party officials in China. The long incubation period of Covid-19, thought to be up to 14 days, also confounded early understanding of the dynamics of the new virus.

To complicate the revelations, at the same time the novel coronavirus was emerging, the leaked documents reveal that another local public health challenge was unfolding. Hubei was also dealing with a significant seasonal influenza outbreak. In fact there was 20 times the level recorded the previous year, according to the documents, placing new levels of stress on the local health system and health workers.
This influenza “epidemic”, was not only present in Wuhan in December, but was greatest in the neighbouring cities of Yichang and Xianning, about 150 kilometres from Wuhan. The leaked documents don’t reveal what impact or connection this influenza spike may have had on the Covid-19 outbreak, if any. At this stage there is no suggestion in the documentation that the two coinciding health challenges are linked. Further information regarding the full impact of Hubei’s 2019 influenza spike is still yet to be made public.

China has continued staunchly defended its handling of the early days of the outbreak. On June 7, China’s State Council released a White Paper proclaiming that the Chinese government “had always published information related to the epidemic in a timely, open and transparent fashion”.

But the reason for the origin of Covid-19 remains unknown at this time, although theories abound including the wet markets of Wuhan (also strongly suspected to have been the cause of the SARS1 coronavirus). Either bats or civets are still thought to have been the root source. Local Chinese health authorities initially thought the early Covid patients had fallen ill through exposure to a common infection source in the markets but initially ruled out this new pathogen as “contagious” until January 20.

Chinese President Xi Jinping, along with leading Chinese politicians, have been rejecting assertions made by the US and some other Western governments that it deliberately concealed information relating to the novel coronavirus, maintaining that it has been upfront since the beginning of the outbreak. The stories of the early days of Covid-19 have also been hijacked by conspiracy theorists who have embellished, or simply invented, their own versions of the early days of Covid-19.