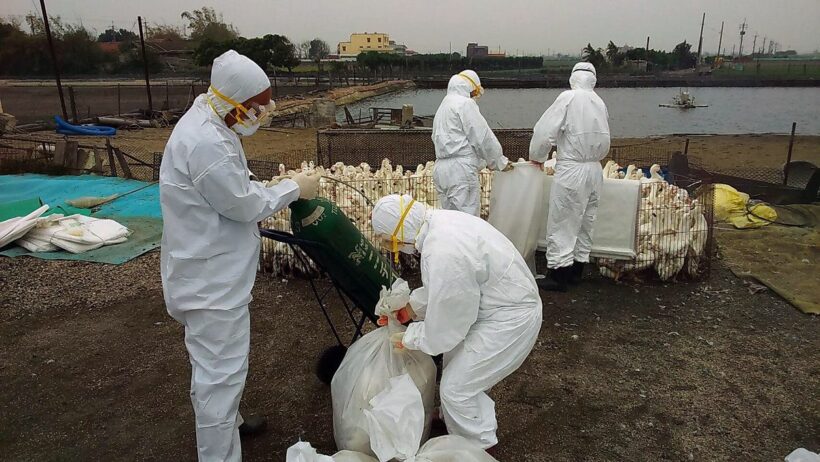 On top of the growing Coronavirus outbreak and efforts of authorities to contain the spread, Chinese officials have now reported a case of the potent H5N1 bird flu in Shaoyang city in central China’s Hunan province. The province is south of Hubei but the outbreak of bird flu is unrelated to the Wuhan coronavirus.

The Chinese Ministry of Agriculture and Rural Affairs reports that the viral outbreak has already killed 4,500 chickens out of 7,850 infected. Local authorities have sealed off and sterilised the infected area, where a total of 17,828 chickens have now been culled and safely disposed.

Last week authorities in India started culling chickens and destroying eggs to contain the bird flu virus. And a different strain, the H5N8 virus, has spread throughout eastern Europe in recent weeks.

H5N1 virus causes severe respiratory disease in poultry and could be transmitted to humans by contact and by staying close to infected animals for a long time. People infected with this virus are statistically 50% more likely to die than through SARS (severe acute respiratory syndrome with a 10% death rate) and the new coronavirus (2% death rate), according to AFP.

A bird flu outbreak in China back in 2013 ended up costing US$6.5 billion in economic losses, as assessed by the UN.