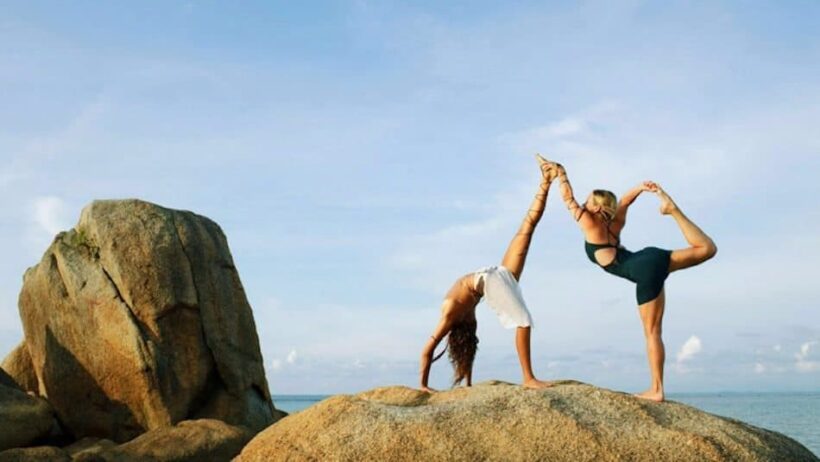 While most of Thailand’s resort markets struggle with an onslaught of mass tourism, Koh Samui has remained a ‘calm in the middle of a gathering storm’ in the numbers driven industry.

While low-cost airlines have tapped into Asia’s soaring consumer class in most destinations, creating dizzying growth numbers, the island’s privately-owned airport has allowed for poised and sustained development over the past five years.

According to a new report from consulting group C9 Hotelworks, international passenger arrivals at Koh Samui’s airport over five years, doubled in 2016.  Last year it rose another 15% over the previous year.

Two factors that come into play in the airlift storyline is Bangkok Airways’ proliferation of code-share agreements along multiplication of more regional direct routes. 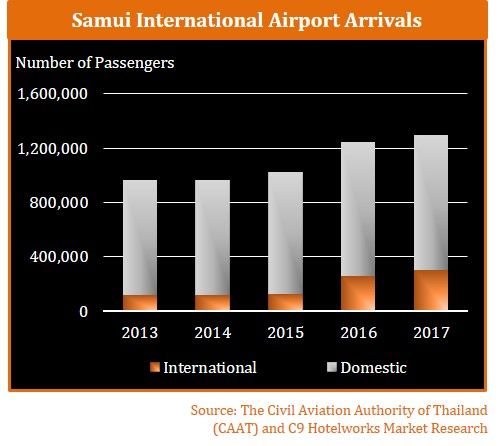 Assessing the domino effect on hotel performance according to leading hospitality data provider STR is that the past three years has shown a defined uptick in Koh Samui’s hotel performance.

Speaking of data, in numbers from the Thai Hotels Association (THA) reflect a market-wide RevPAR increase as of the end of June of 7%, comparing year-on-year figures.

Speaking about the upscale boutique nature of destination tourism, C9 Hotelworks Managing Director Bill Barnett said ”the island’s appeal to upscale travellers stems from both intrinsic barefoot luxury that is complemented by global brands such as Four Seasons, W, Conrad, InterContinental and the recently opened Ritz-Carlton, but also a rising tide of wellness focused resorts.

“According to our market research, wellness properties such as Kamalaya, Samahita and Vikasa attract year-round visitors, have strong appeal overseas, at in fact trade far less seasonally than many of the legacy properties.  Not only is occupancy a strong point but a longer average length of stay, loyalty in terms of returning guests and direct booking are key attributes.”

Looking ahead, C9’s research points out the growing influence of Mainland China which is linked to Bangkok Airways plan to expand airlift to that region.  This trend can be seen in airport international passenger arrivals that by the end of June this year saw Chinese grow by 58%.  Though, taking a step back, one of the traditional geographic source markets Germany also saw a year-on-year spike of 35% for the same period.  At the end of the day, airlift, a strong brand offering and developing wellness sector bode well for a sustainable growth profile for Koh Samui.