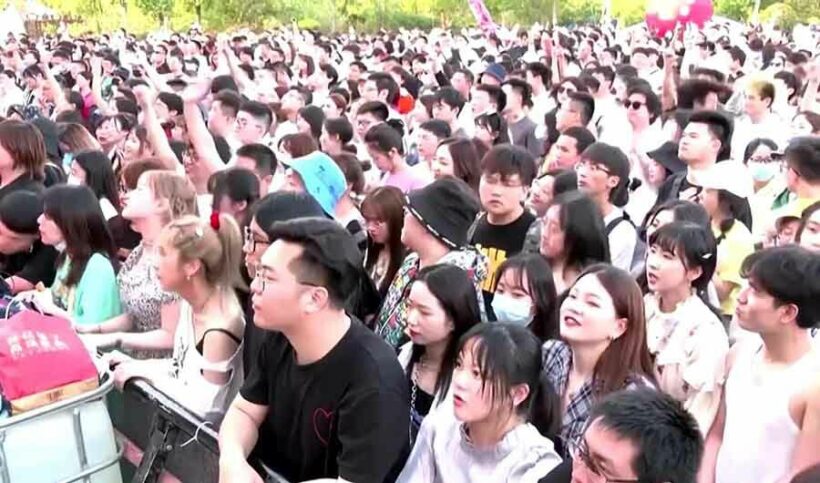 A 2-day music festival in the central city of Wuhan has attracted thousands of fans over the weekend. The Wuhan Strawberry Music Festival showcased the talents of popular musicians, as well as less well-known acts, over 3 stages in the city’s Garden Expo park. According to a Reuters report, sister events are also being held in Beijing and other Chinese cities over the course of a 5-day national holiday to mark May Day.

Thousands of Wuhan music fans streamed into the park on the first day of the festival, dancing and singing along to their favourite bands. Some wore masks, but many did not. In front of each stage, security personnel had erected barriers, with numbers limited in those areas. Festival organisers say around 11,000 people were in attendance on Saturday, the first day of the event.

Last year, the festival was moved online as Wuhan became the epicentre of a pandemic that would go on to wreak havoc across the globe. Residents in the Chinese city endured the world’s first – and one of the toughest – lockdowns, which lasted for more than 2 months. The harsh restrictions worked and the city now finds itself mostly virus-free. Official data shows that the country has a whole has only reported a handful of cases in recent months. Yesterday, China reported 11 new infections, all of which were imported.

One student at the festival, 23-year-old Gao Yuchen, says Wuhan residents have sacrificed a lot to get to this point.

“Last year, we suffered from the coronavirus. It has not been easy to get to where we are today. People here have put in huge efforts and paid a big price (for being hit with the virus). So, I feel very excited to be here.”

Reuters reports that on Friday, China vaccinated around 11.6 million citizens. Data from the country’s National Health Commission confirms over 265 million have now been vaccinated.