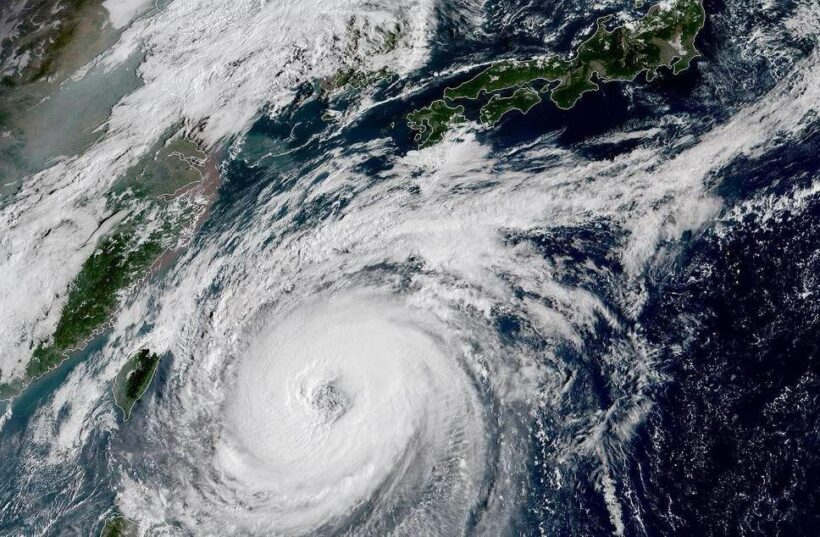 Another powerful typhoon is unleashing heavy rain and winds on southern Japan as it slowly trudges its way north-east toward the Japan’s main islands and population centres this morning.

Typhoon Trami is the equivalent of Category 2 hurricane. It passed over the Ryukyu Islands on Friday evening after taking a slow right-hand track and heading north out of the Pacific Ocean durning last week.

The Ryukyu Islands stretch north of Taiwan to the Japanese island of Kyushu, and includes Okinawa, the largest island in the chain.

Here’s the main things to know about Typhoon Trami…

• Trami is the fifth typhoon to hit Japan’s main islands since July 2018.

• Rainfall totals of 150 to 300 millimeters are expected with highly localised falls of more than 500 millimeters.

• Kansai Airport has cancelled flights, including Thai and Air Asia, until 6pm Monday)

• Train services in Kyoto, Osaka and Kobe districts, as well as bullet train services between Tokyo and western Japan, will be suspended through portions of Sunday

• Already there are reports of at least 300,000 homes without power, according to broadcaster NHK