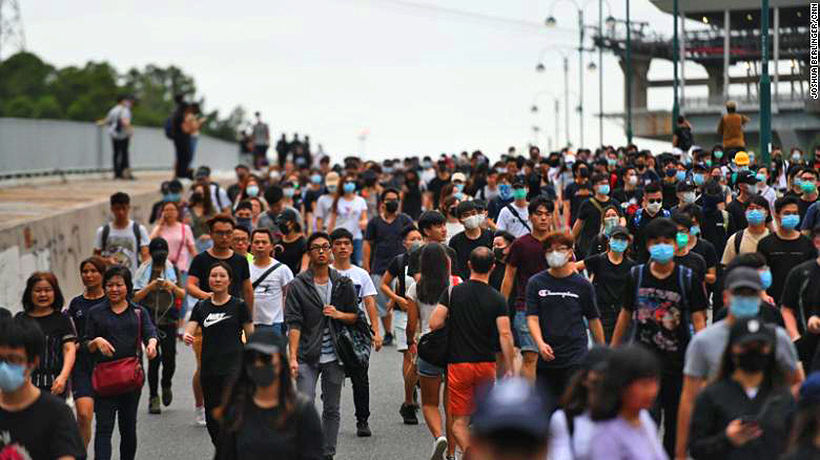 Protests have continued in Hong Kong over the weekend. Transport to and from Hong Kong International Airport was also disrupted yesterday as protesters barricaded roads, leaving traffic gridlocked and stranding hundreds of tourists at the airport terminal.

It was the 13th consecutive weekend of protests in Hong Kong, concluding days of escalation in which a number of activist leaders and lawmakers were arrested.

Anti-government protesters in Hong Kong have taken out their anger on a railway station in Tung Chung last night. Tung Chung is a satellite town near Hong Kong Airport which they had briefly stormed earlier before being chased out by police.

Protesters were seen attacking facilities of the station. Some were seen smashing station turnstiles and ticket machines.

Police also claim the black-clad protesters also dismantled CCTV cameras in the station and damaged fire-fighting facilities. The station is located near Citygate Outlets, a mall popular with tourists.

The action follows a day after police used water cannons and tear gas against demonstrators who had hurled petrol bombs and bricks at them. Protesters were calling on the public to overwhelm roads and rail links to the airport yesterday and today (Monday) to cause disruption to flights to continue attacking international attention.

The South China Morning Post reports that two other groups of protesters also planned demonstrations in the northern town of Tin Shui Wai, which was later cancelled, and outside the British consulate in Admiralty.

Speculation continues about China’s strategy toward the city’s pro-democracy movement and its faltering patience as the world looks on. 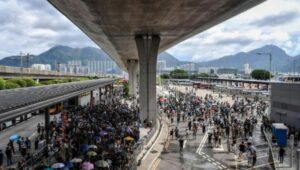