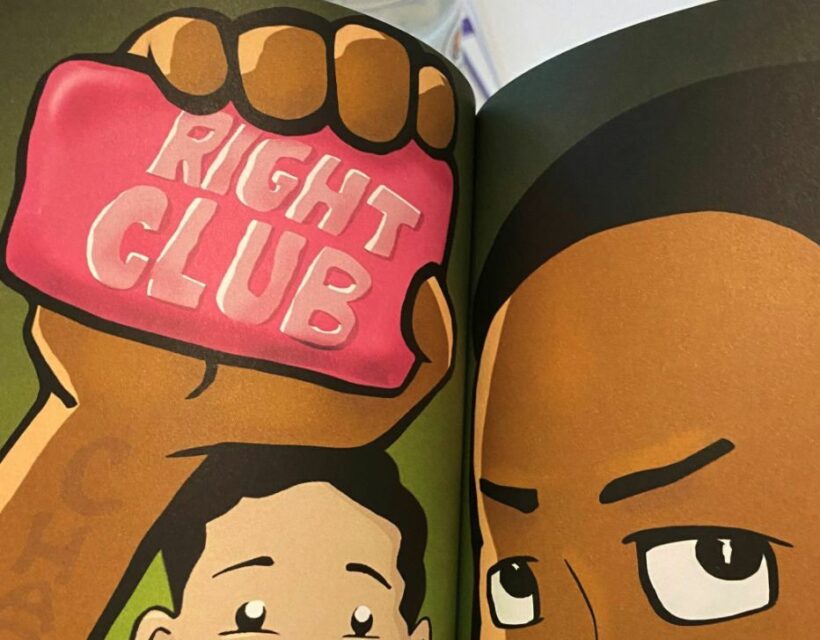 In an unusual reversal of censorship, Chinese tech company Tencent has restored the original ending of the 1999 cult film “Fight Club.” The sudden turnaround comes after intense backlash from Chinese netizens who were familiar with the movie’s plot and significant negative publicity about the change in international media. But of course, they cut out the nudity, keeping in line with censorship norms in Asia.

Last month Tencent Video streamed a censored version of he movie that replaced the original ending with a message saying disaster was avoided and — surprise, surprise — the police had saved the day. Read the full message of China’s censored ending below:

Through the clue provided by Tyler, the police rapidly figured out the
whole plan and arrested all criminals, successfully preventing the bomb from exploding.
After the trial, Tyler was sent to lunatic asylum receiving psychological treatment.
He was discharged from the hospital in 2012.

Author Chuck Palahniuk replied to the initial censorship with a healthy dose of sarcasm, tweeting: “This is SUPER wonderful! Everyone gets a happy ending in China!”

Have You Seen This Sh*t?
This is SUPER wonderful! Everyone gets a happy ending in China!

Besides the bit about the authorities triumphing over the anarchic plans of the protagonists, China’s altered ending was actually more in line with the original book version (spoiler alert), in which the bomb doesn’t explode and the Narrator wakes up in a mental institution. But Hollywood knows that doesn’t make for a proper blockbuster: moviegoers want explosions.

And (spoiler alert) that’s just how the movie ends, in classic blow-’em-up fashion. In the film’s original ending, the Narrator (Edward Norton) kills his alter-ego Tyler Durden (Brad Pitt) before bombs blow up skyscrapers (the offices of credit card companies) in a series of climactic explosions that sets in motion Project Mayhem, an anarchic plot to undermine the authorities and reorder society.

Regarding the most recent un-banning of the movie ending, Palahniuk tweeted that China was right to uncensor the movie and asked if Texas will now follow suit to unban his books from public schools: “China Does the Right Thing; Will Texas?”

China Does the Right Thing; Will Texas?
Has China taken the high road? How can Ted Cruz get classic Palahniuk Books back into schools and prisons.
Or can he? Is he powerless?

Of course, this is not the first time China has censored Western media content, not will it be the last. The Thaiger has also previously reported on China’s karaoke crackdown, as well as Thailand’s own troubled track record of media censorship and internet freedom.

The censorship reversal comes as Beijing hosts the Winter Olympics, with hopes to improve its image among international audiences. Last week the government promised athletes unrestricted access to the internet within the Olympic village.

It also coincides with the most recent L’Equipe interview of Chinese tennis star Peng Shuai, who has denied being forced into sexual relations with a top government official, after shed called him out on social media platform Weibo in November. Since then the female tennis player has been hidden from public view and the Women’s Tennis Association has cancelled all its matches in China.

As the Chinese government attempts to control the narrative that all is well and under control within its borders, all across the internet the thin veil of its propaganda campaign is awash in the angry suds of pink bar soap.