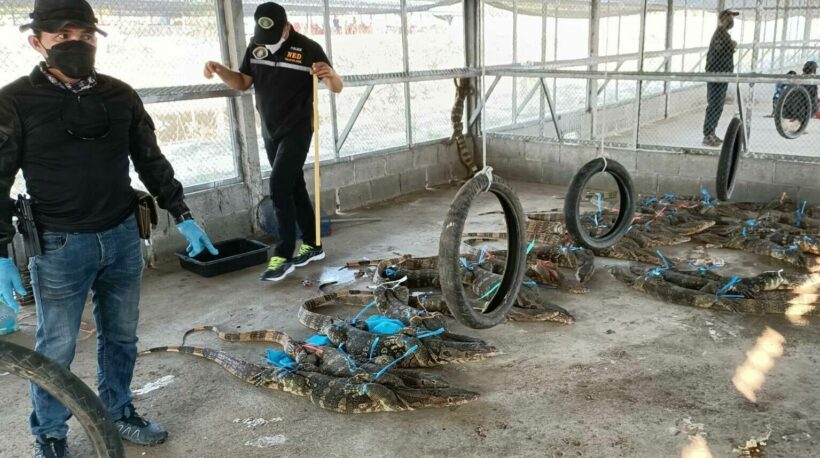 A farm owner was arrested for allegedly raising and exporting water monitor lizards and macaque monkeys in the northern province of Phichit. Officers say they suspect the farm was exporting the animals to Cambodia, and then to Vietnam and China to be sold to restaurants, according to the commander of the National Resources and Environmental Crime Division.

When officials arrived at the farm, some people reportedly tried to stall officials and released some of the animals from their cages. But when officers were able to search the property, they found some monitor lizards with their legs tied up and in bags as well as a blowpipe and tranquiliser darts. Altogether, officers seized 61 macaques and monitored lizards, which are both protected animals under Thai law. The animals were brought to a wildlife breeding centre in Uthai Thani.

Officers raided the farm after seizing monkeys that were being transported to the Cambodian border.

Noble_Design
This illegal farm is just waiting for some viruses/diseases to jump the species barrier and mutate to infect humans... luckily it's shut down quickly