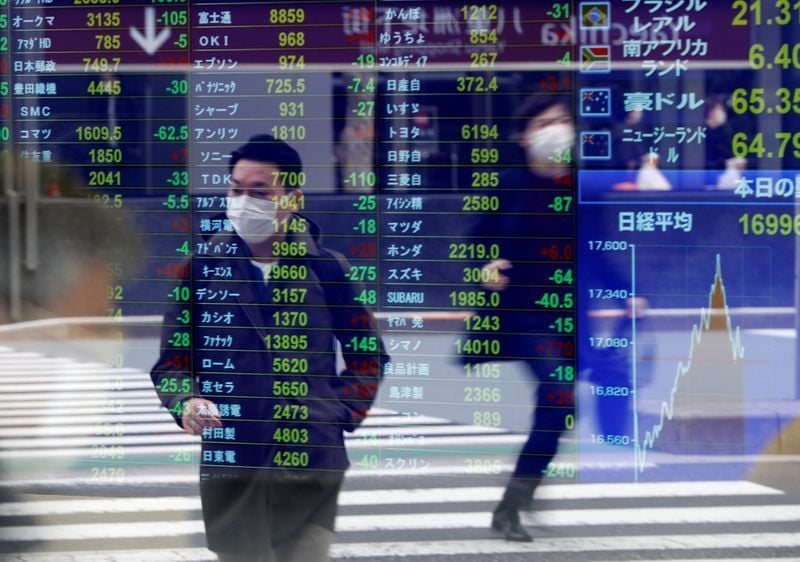 Asian stocks are rising along with the number of coronavirus cases after the WHO reported the highest daily rise since the pandemic began.

The fine line between a second wave in cases and the removal of lockdowns seems to favour a more conservative approach in the stock market as caution is being taken.

The Nikkei 225 ranked 0.3% higher in Japan, while the Topix index increased by 0.18%. Kospi was fractionally lower in South Korea.

Hong Kong Hang Seng’s index fell by 0.32% in the afternoon as Chinese technology giant Alibaba shares fell by nearly 2%. On the other hand, the Chinese mainland inventory crept higher. The composite in Shanghai gained 0.28% while the component in Shenzhen added 0.556%.

All in all, the ex-Japan MSCI Asia index traded 0.14% higher.

The Chinese capital of Beijing is adapting to its new cluster of infections by reportedly being able to now screen one million people a day for the virus.

“The world is, and accordingly markets are, grappling with conflict and caution. At every level, this resonates as much as it rattles,” Vishnu Varathan, head of economics and strategy at Mizuho Bank, wrote in a note.

“From the conflict between celebrating ‘peak COVID’ as well as ‘exit from lockdowns’ and the real and present dangers of “second wave” infections risks, there must be some degree of caution,” Varathan said.