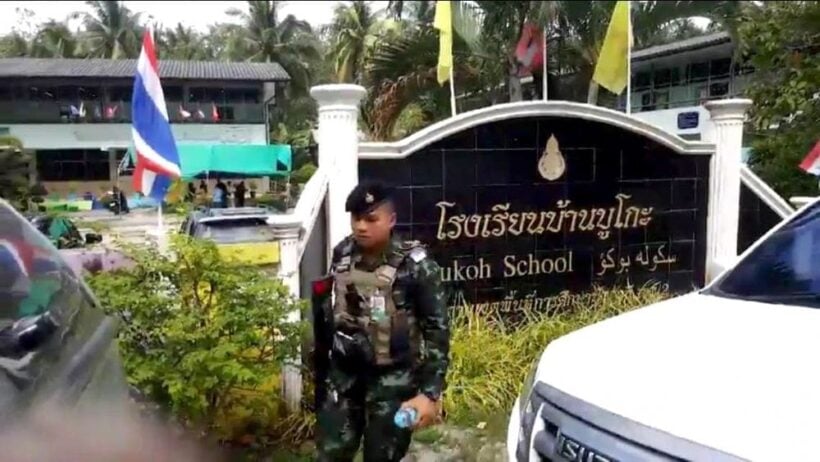 Disguising themselves as army troops, suspected militants surprised a unit of defence volunteers this morning when they opened fire on them at a school in Yarang district, Pattani. They killed four volunteers and taking away their assault rifles.

The violent incident occurred in the compound of Ban Pukoh school in Village 5, Tambon Prachan, where four defence volunteers were assigned to provide protection to teachers.

Wearing army fatigues, the gunmen approached the four volunteers who mistook them as troops and then opened fire with their automatic weapons.

The four volunteers were killed at the scene and the assailants grabbed their HK assault rifles, ran toward a waiting pickup truck and escaped.

The shooting incident shocked and caused panic among teachers and students who screamed in horror as they scrambled for cover. The school was later ordered closed and all the students sent home.

In Betong district of neighboring Yala province, security was ordered to be stepped up and defence volunteers assigned to protect communities were told to check all vehicles entering the communities as a precautionary measure.

Security officials suspect that the attack was carried out by militants associated with the Barisan Revolusi Nasional, an armed militia which does not take part in the Malaysia-brokered peace negotiation between the government and Mara Patani.

A car bomb was detonated near a Border Patrol Police task force base in Thepa district of Songkhla province on Tuesday, injuring two border patrol policemen and shattering a transformer, causing partial blackout in the district.

Police tracked the wreckage of pickup truck which was used as car bomb to its owner, a retired school teacher, who was murdered and hanged in his house before insurgents stole his pickup for the attack. 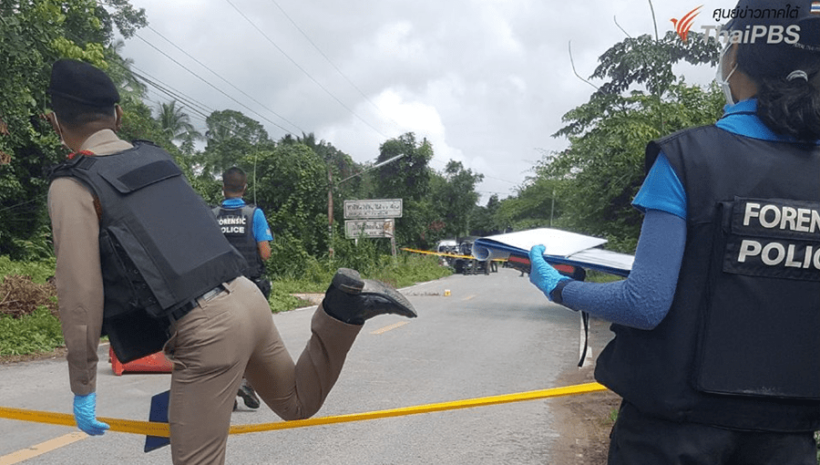