A 20 kilogram, 6 metres king cobra has been caught in Trang by rescue workers.

77 Kaoded news reports that Sikao Police in Trang were notified of the incident at a house at 4.45pm yesterday. Police decided it wasn’t quite in their work contract and contacted rescue workers who headed to the house.

Sawai Kaewjuea, a rescue worker, led his team to catch the cobra. It took about 20 minutes to catch the feisty king cobra which 6 metres long.

23 year old Sunata Duangkleang says, “While I was talking with my friends in the house, I saw the king cobra. We immediately ran out of the house and called the police.” 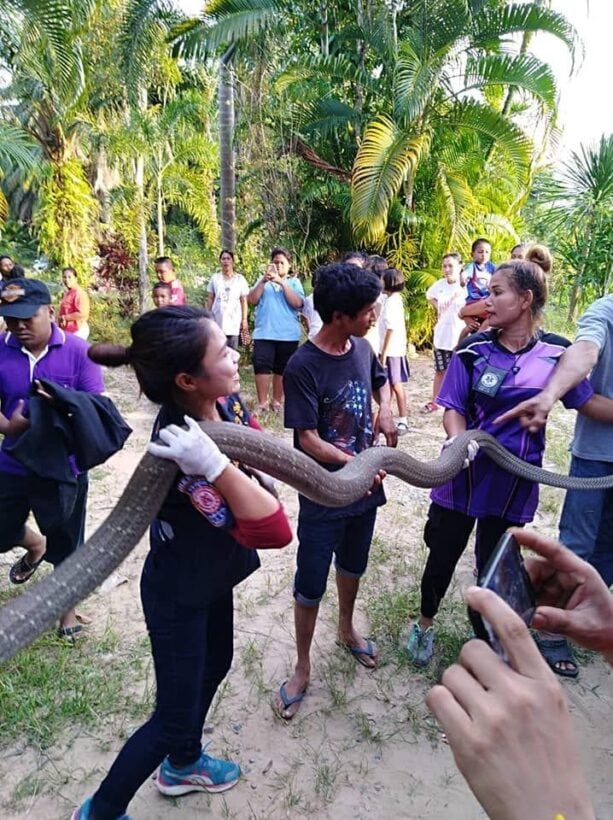 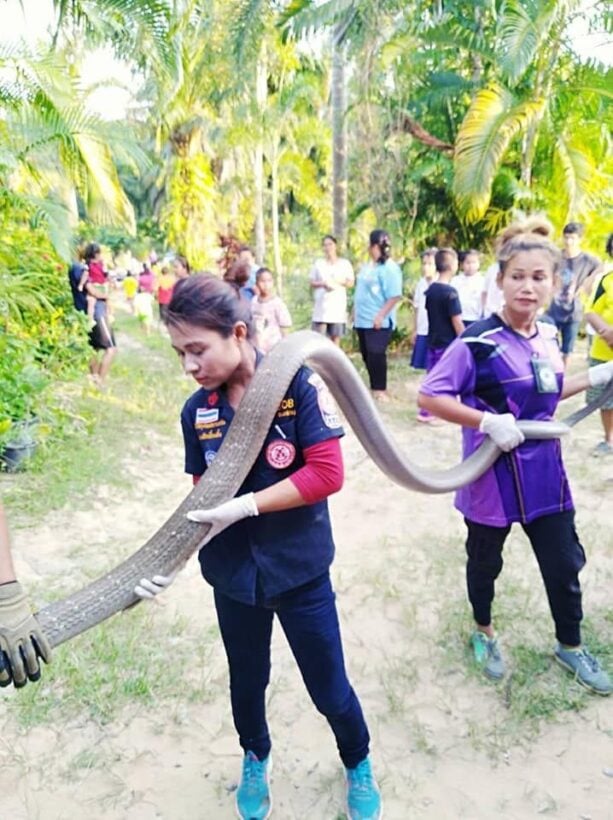