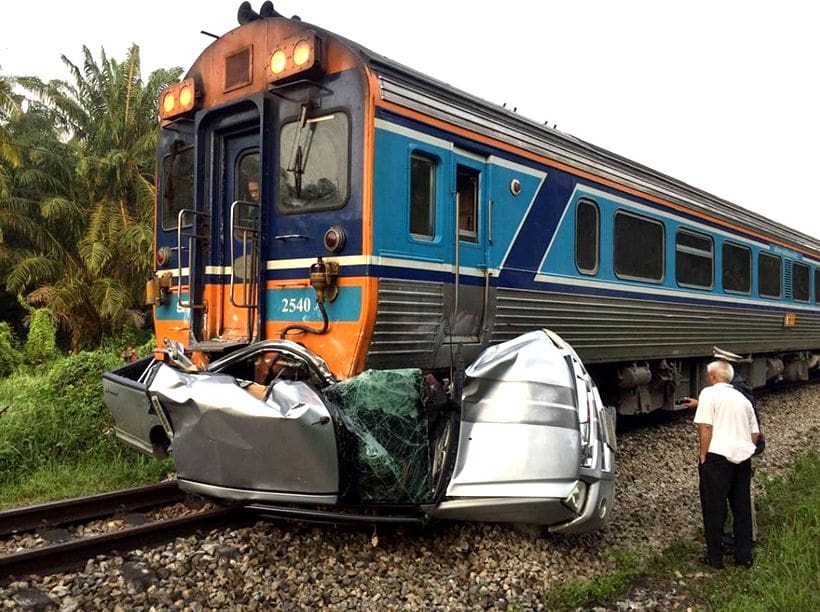 A mother and son have died after a Bangkok-Yala express train hit their pick up this morning on a road between Ban Tham Khao Chawala and Ban Tham Namthip Villages in Surat Thani, southern Thailand.

The victims were identified as 39 year old Weerawal Semrod and her 10 year old son Manoonsak.

The incident occurred at a level crossing with no barriers. Reports say the train pushed the wrecked pick up truck about 400 metres from the crossing along the railway tracks.

Facebook posts by volunteer rescuers stated that the young boy had been thrown from the vehicle due to the force of the collision, while the mother was stuck in the car and had to be pried out with a hydraulic cutters (the “Jaws of Life”).

Police say the mother was driving her son to school and they speculate that she might not have noticed the incoming train, and are investigating the accident.