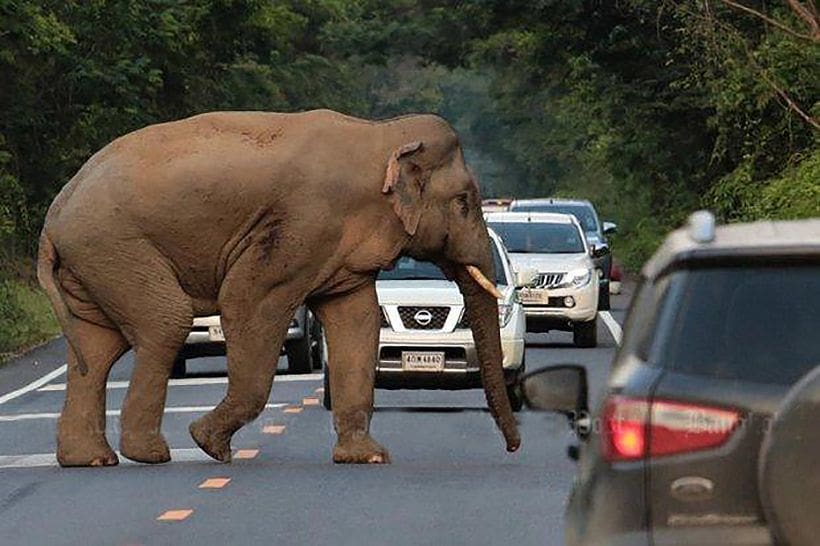 A man’s body has been found crushed to death outside his pineapple storage hut near Khao Ang Ruenai Wildlife sanctuary, in central Thailand.

Wild elephants – notorious for coming down the mountain to the village in search of food – are suspected of having dragged the man from his hut and stamping him to death to get access to his pineapples.

Police and park officials were informed by a villager that he had heard elephants as they entered the village and then a man shouting in fear. The incident happened on Sunday night.

73 year old Ek Homhuan’s body was discovered 20 metres from his small hut, where he decided to sleep to guard his crop against thieves, both human and animal. Police found evidence at the scene which indicated elephants may have pulled Ek from the hut using their trunks.

Examination of the body found severe bruising all over and that his skull had been crushed. His body has now been sent to Tha Takiab Hospital for a full autopsy.

Reports vary but say that two to three elephants could have been responsible for the attack, but had returned to the sanctuary after feeding.