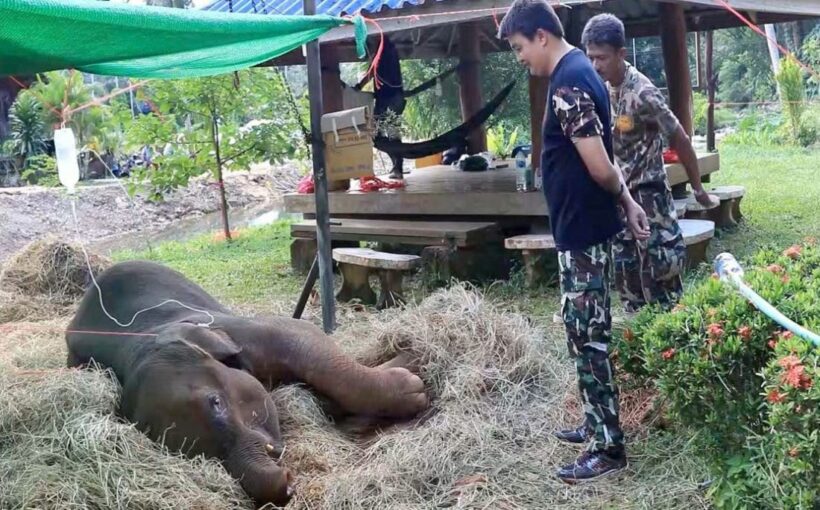 A two year old male elephant, ‘Chao Duan’, has been rescued after it fell into a 70 centimetre deep and four metre wide muddy pit where it was stuck for two days in Chumphon province.

The elephant is now recovering under the loving care of veterinarians, although its hind legs remain immobile for now. Nam Tok Ngao National Park head Somjet Chanthana recalled that the Chao Duan’s right side torso was in the water and its hind legs were paralysed, as a result it was trapped in that spot for two days before it was spotted by forest officials on a patrol.

The elephant’s short tusks also contributed to its inability to get out of the pit on its own, he said. The officials at the time did not get too close because Chao Duan’s mother and other herd members were still in the vicinity.

On the third day, the mother and the herd left so officials moved in with a backhoe and a veterinarian to aid the elephant.

Chao Duan was then taken to veterinarian Sirinan Boonnant, who is treating him with saline and vitamins and physical therapy for its hind legs, Somjet said.

Tomorrow, a veterinary team will check on the elephant’s condition and decide if it can be moved for further treatment to the Elephant Hospital in Krabi province. 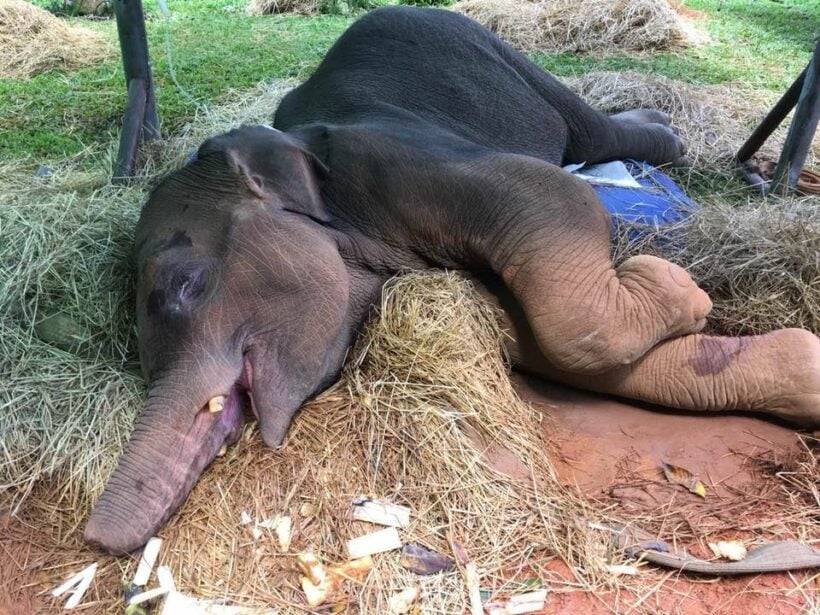