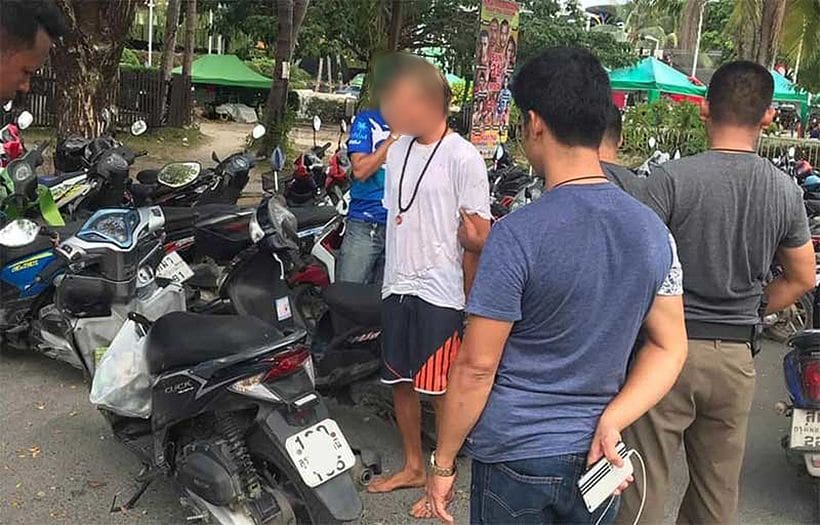 A Russian man has been arrested for stealing a digital camera as well as taking drugs and overstaying his visa. The incident happed on Koh Samui yesterday, (Sunday).

Police from Bophut station arrested 31 year old Kiirti Svami after a digital camera store in one of the island’s major malls caught him returning to their store after already being caught on CCTV stealing a Sony digital camera valued at 99,000 baht before.

Police say the staff noticed the Russian strongly resembled a man already caught on security camera stealing the Sony camera. Staff tried to speak to him and called police. When Police arrived and asked for his passport he tried to wander away. Eventually, whilst taking him to the local police station for questioning, he escaped and dived into a lake to escape. Police waded in after him and dragged him back to shore.

Mr. Svami eventually admitted he stole the camera from the camera shop but told police that he had already sold it to a friend. He said he would ask his friend to return the camera. He had arrived in Thailand two months ago on a 30 day visa.

He also tested positive in a drug test and was charged with drug abuse on top of his theft and overstaying charges.

The story doesn’t explain if the mans ‘friend’ returned the camera.