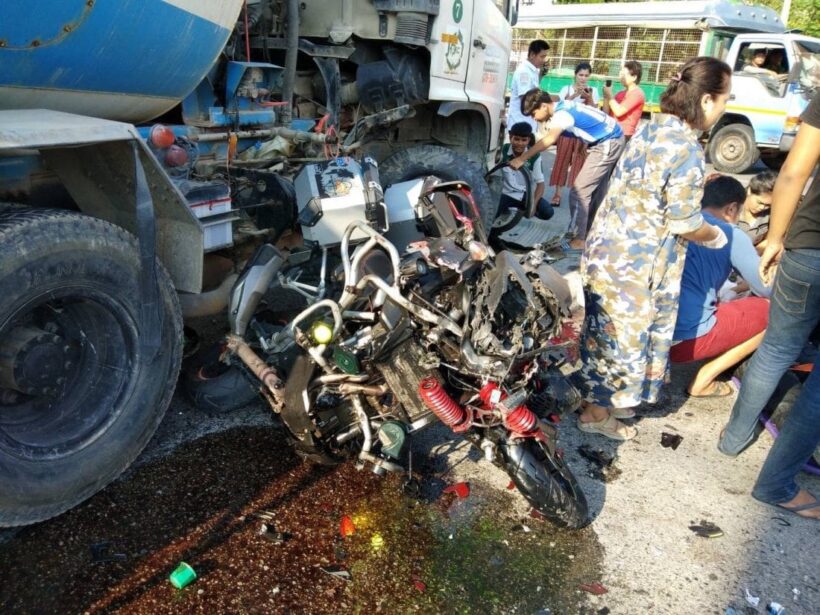 A big bike driver has died after his bike crashed, at speed, into the back wheels of a cement truck over the weekend in Thalang.

Emergency responders were notified of the accident on Thepkrasattri Road, northbound in Thalang at 4.30pm on Saturday.

Emergency responders arrived to find the cement truck in the middle of the road. Near the back wheel of the truck they found a completely wrecked BMW CB500x with Phuket registration plates.

Nearby the found the seriously injured motorbike driver who was still wearing a helmet.

The motorbike driver was later identified as 35 year old Sompak Petwang from Ranong. He was rushed to the Thalang Hospital where he was later pronounced dead.

The truck driver was taken to the Thalang Police Station where he is facing charges of reckless driving causing death. 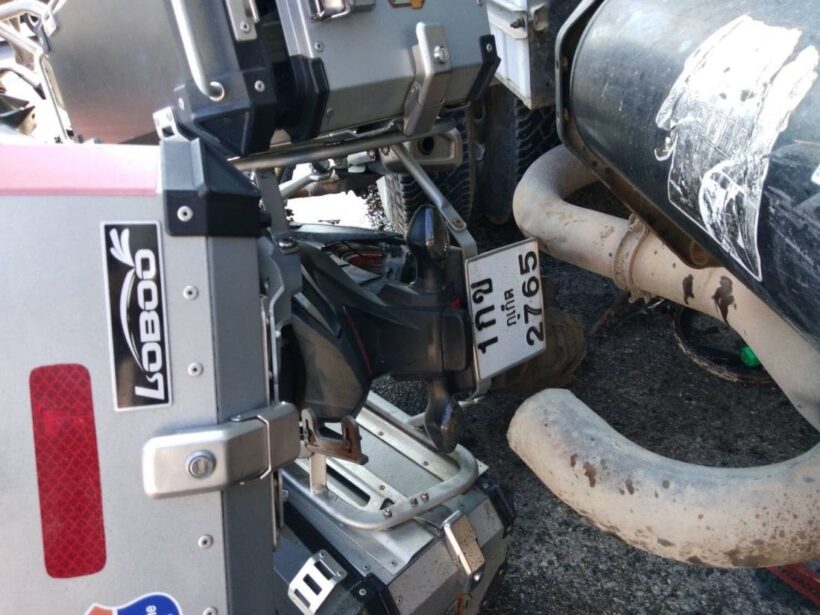 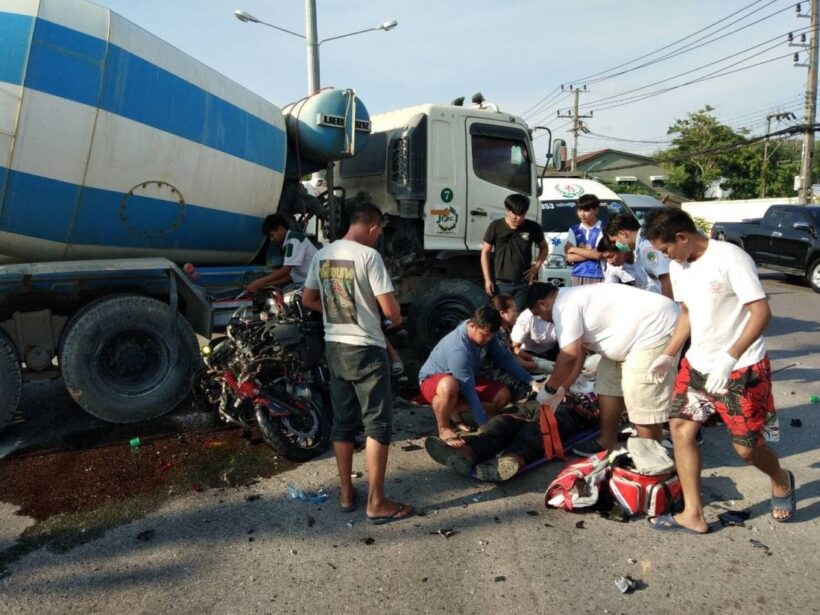