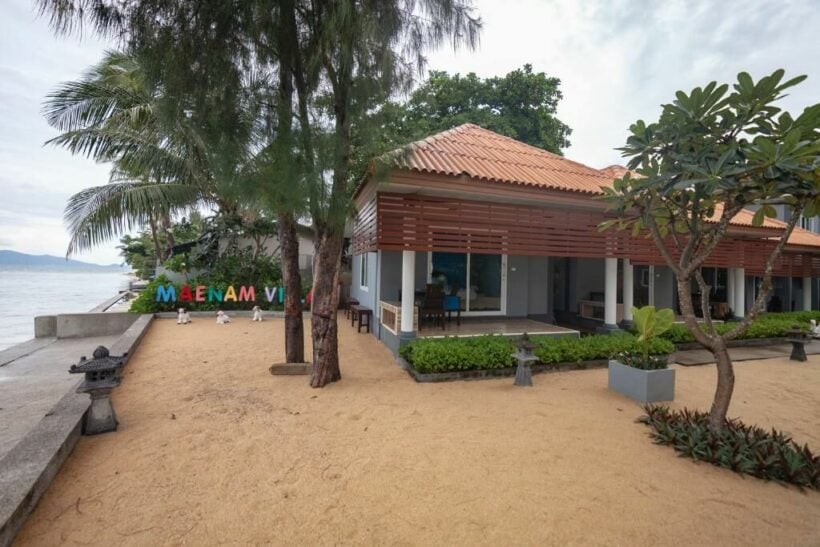 A kind villa owner on the southern island of Koh Samui has reduced the rates of his villa by 50% for a Ukrainian couple who can’t return to their country due to the ongoing violence caused by Russia’s invasion of Ukraine.

There are no commercial airlines are flying to Ukraine as the country closed its airspace to civilian flights following Russia’s attacks. In Thailand, Ukrainian tourists stuck in the country are facing unforeseen expenses for food and accommodation.

59 year old Konstantin Marusova and his 58 year old wife Natalia Marusova are stranded on Koh Samui but are being taken good care of by the owner of the villa they are staying in.

The couple only intended to stay on the island for a week but have since stayed in the villa for two weeks, unable to return to Ukraine. Natalia has thanked the kind owner for reducing the rate of accommodation from 1,500 baht per night to 600 baht per night.

Phisanu Kitphaitoon, the owner of Maenam Villa, said the majority of tourists who stay at his villa are from Russia or Ukraine and return every year. Phisanu has lent the couple two motorcycles so they can go out and buy supplies and is also providing them meals. The couple are returning customers and Phisanu said he considers them to be part of the River Villa family.

Fanta
Kind? Cut the rent or lose the tenant. I wonder if Russians stranded there could get the same deal.
Prosaap
That not sounds like the owner is thai

Guest1
4 minutes ago, Prosaap said: That not sounds like the owner is thai Phisanu Kitphaitoon, the owner of Maenam Villa, said the majority of tourists who stay at his villa are from Russia or Ukraine and return every year. You…