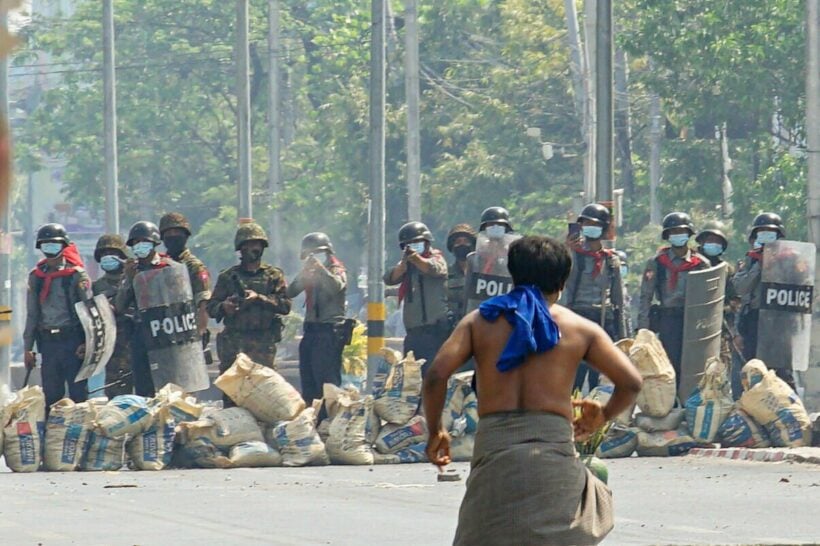 Member states of the Association of Southeast Asian Nations have agreed to appoint an envoy to act as mediator in cross-party talks in Myanmar. The country has been rocked by months of violence following a February 1 military coup in which the democratically-elected government of civilian leader Aung San Suu Kyi was ousted.

The leader of the coup, Min Aung Hlaing, in attendance at the ASEAN summit in Jakarta, has agreed to talks aimed at ending the bloodshed in Myanmar. Following a meeting on Saturday, member states released a statement confirming consensus was reached on an immediate end to violence. Malaysian PM, Muhyiddin Yassin, has also acknowledged the expectations facing ASEAN members.

“There is an echo of distress among ASEAN member states to learn, on a daily basis, what is unfolding in Myanmar. Many around the world want an explanation, and we are finding it increasingly tough to explain. The international community expects ASEAN to act and address what is happening in our very own backyard.”

It is still not clear if Suu Kyi and other detained leaders will be released as part of the talks, or if the Burmese military will scupper plans to hold elections early next year. According to a Bloomberg report, the ASEAN statement did not refer to Suu Kyi by name and there were no calls to release the detainees. It’s understood the word, “coup” was also not mentioned. ASEAN has traditionally not directly intervened in the domestic political affairs of other nations. However, the National Unity Government, a Burmese administration formed by allies of Suu Kyi, has welcomed the statement.

“We look forward to firm action by ASEAN to follow up its decisions and to restore our democracy and freedom for our people and for the region.”

Burmese military in a shootout near Thai border