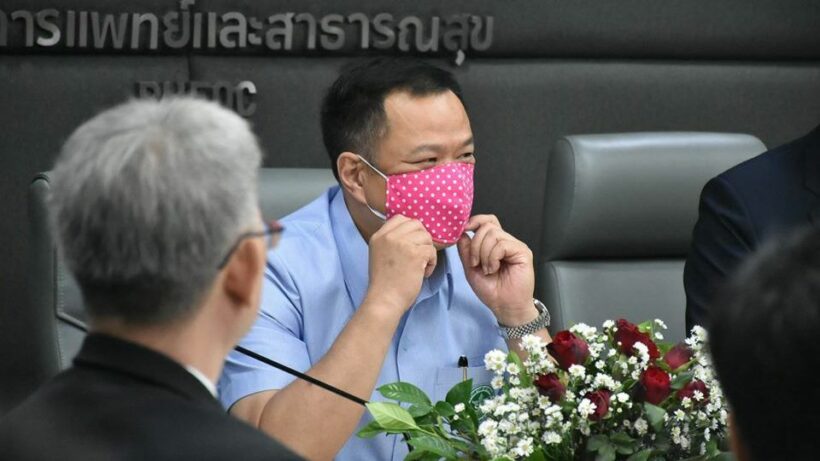 Thailand’s Health Minister Anutin Charnvirakul is defying calls for his resignation over his handling of the Covid-19 pandemic. Members of the opposition Move Forward Party have slammed the government over how it has dealt with the third wave of Covid-19, as infections and deaths rise across the country. Critics say the current administration was not adequately prepared for a resurgence of the virus and accuse the government of negligence.

The national vaccine rollout has also come in for criticism, with opposition politicians saying the procurement of an adequate number of doses has been too slow. In addition, patients in some parts of the country are dying at home as a result of a shortage of hospital beds. The party has insisted Anutin must resign immediately as a result.

Meanwhile, the Bangkok Post reports that Anutin has apologised for the death of an 85 year old woman who died of Covid-19 at her home in the Bang Kholaem district of the capital while waiting for a hospital bed. 6 elderly people at the same shophouse complex also tested positive for the virus and experts say unless urgent action is taken, more people could end up dying at home. It’s understood that some patients are also opting to stay at home rather than seek hospital treatment, a decision that is putting other family members at risk.

Just days after the petition site Change.org returned to Thai computer screens after a 6-month ban, a new petition calling for Anutin’s resignation has already attracted over 159,000 signatures at the time of writing. A group calling itself “Mor Mai Thon” is behind the petition and insists the Health Minister must step aside and allow a more capable replacement to take over.

For his part, Anutin says he believes he’s managing the situation as well as he possibly can.

“I’ve put in my best effort in everything I’ve done.”