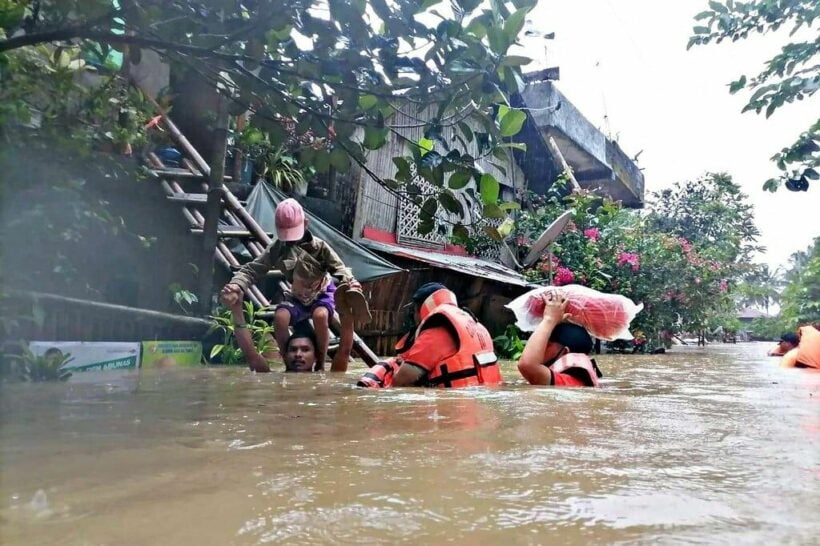 At least 53 people have died in landslides and floods after tropical storm Megi hit the Philippines last weekend. Rescue crews are still looking for survivors in the aftermath and the death toll is expected to climb as the rescuers discover more bodies and move into more remote areas.

The storm caused landslides and floods which buried people alive and destroyed entire villages. Villages near Baybay city in the central province of Leyte have suffered the most damage. At least 47 people in the area have been killed, according to the city’s mayor Jose Carlos Cari.

In Pilar, about 80% of the village’s houses were washed out to sea. Deaths have also been reported in the Southern region, Mindanao and Negros Orientals province.

Many fled their homes to seek higher ground on Sunday when conditions worsened. The storm, locally known as Agaton, caused winds of up to 65 kilometres per hour. More than 100,000 people in the southern and eastern areas of the Philippines are thought to have been affected by the storm so far.

The Philippines typically experiences 20 tropical storms every year. Agaton was the first storm like this to happen so far this year. The country’s geography makes the archipelago prone to climate disasters. The ‘storm season’ is usually between August to October each year but tropical storms and typhoons can happen at any time.

It’s supposed to be the dry season right now in the Philippines. But Marissa Miguel Cano, a public information officer from Baybay, suspects that the effects of climate change is the cause of the off-season storm in the traditional dry season.

Scientists say that climate change, caused by human activity, is measurably making tropical storms stronger and more intense each year. The Philippines has suffered some of its most deadly storms since 2006.

In December last year, Super Typhoon Rai devastated many islands in the south-east of the country killing 375 people and affecting around 500,000 people.