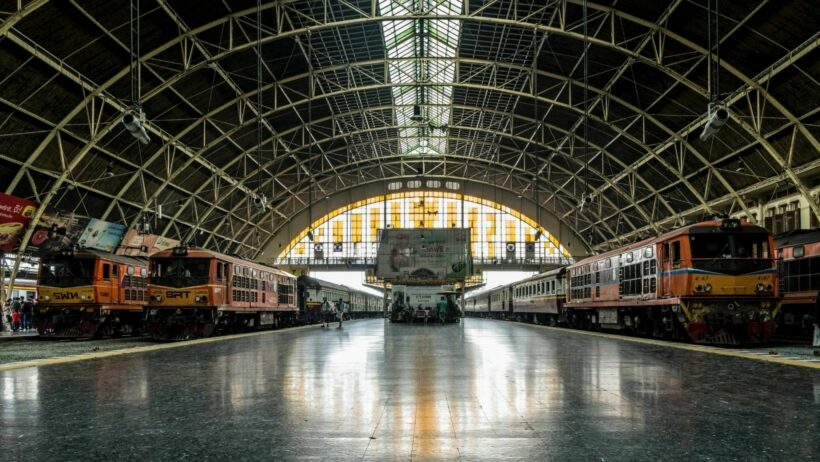 The Thai State Railway has added over 180 trains during the Songkran holidays, and will run through to April 17. 45,000 travellers are predicted to board the trains from Hua Lamphong in Bangkok on the first day of Songkran. The old Hu Lamphong train station has been kept running since plans to move all train services to Bang Sue, the new train hub for Bangkok, due a lot of flak in Thai social media.

There will be 13 more trains for the northern and north-eastern lines. 4 extra trains have been added to the Bangkok-Ubon Ratchathani, Bangkok-Udon Thani, Bangkok-Chiang Mai, Bangkok-Sila At, and services to the Northeast.

During the holiday, buses from the private and public companies are experiencing a jump in passengers going to the northeast and north of Thailand. And domestic flights are the busiest they’ve been for several years.

Surinmike
So Hualamphong is still operational to Northeast trains.??? As a start and termination point? Not Bang Sue. I thought it closed.
alex12345
I travelled by traine on the 12th to collect my girlfriend to come and visit me, the train was one hour late. due to freight trains. When we attempted to go back the train was two hours late due to…
alex12345
No else commented on this, just goes to show expats never get trains ........... they have cars. Lower income workers who don't have cars will get a train or a bus.