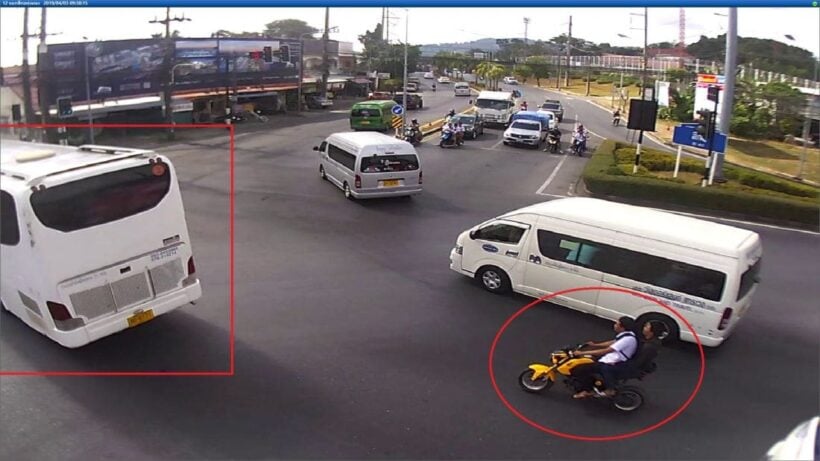 A motorbike passenger has died at hospital after being crushed by the rear wheel of a bus in Kathu yesterday.

Kathu Police were notified of the incident at Seekor Intersection on Phra Phuket Kaew Road in Kathu at 9.25 am yesterday.

Emergency responders arrived to find the damaged motorbike along with the driver, 19 year old Sahassawa Churat. He had sustained a minor injury.

His passenger was 19 year old Passakorn Wongrak.  He sustained much more serious injuries and was taken to Vachira Phuket Hospital where he was later pronounced dead.

The bus driver was 35 year old Pairoon Singsit. Another taxi was also damaged as a result of the accident.

Kathu Police reports that the motorbike tried to overtake the bus while they were crossing through the intersection. The motorbike diver immediately stopped, lost control and fell off. The motorbike passenger was bounced off under the bus’s wheel where he was crushed.

Neither of the young men were wearing bike helmets.

PHUKETWARNING: Some viewers may find the footage distressing.Motorbike passenger dies at hospital after being crushed by bus yesterday in Kathu.VIDEO: Kathu Police 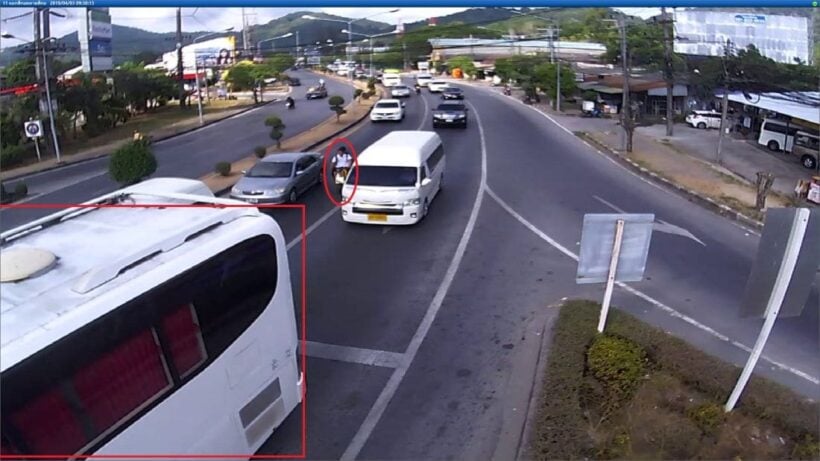 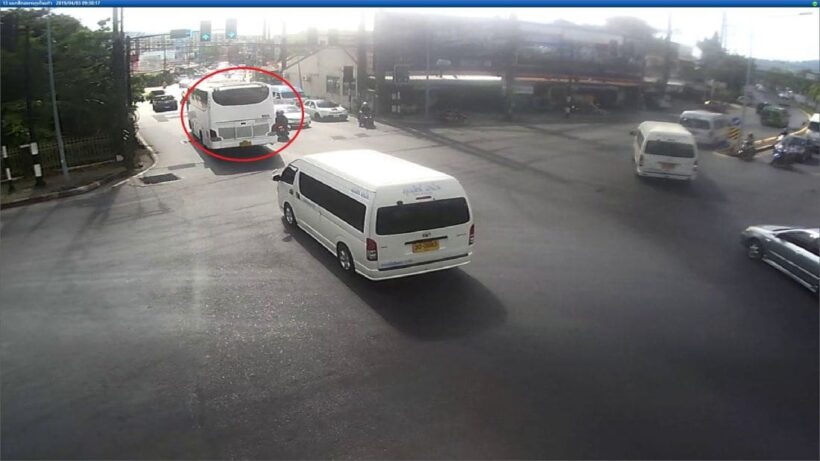 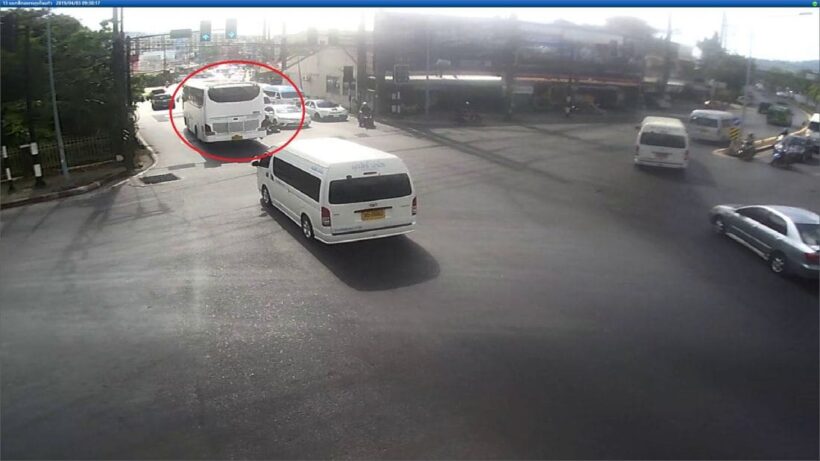 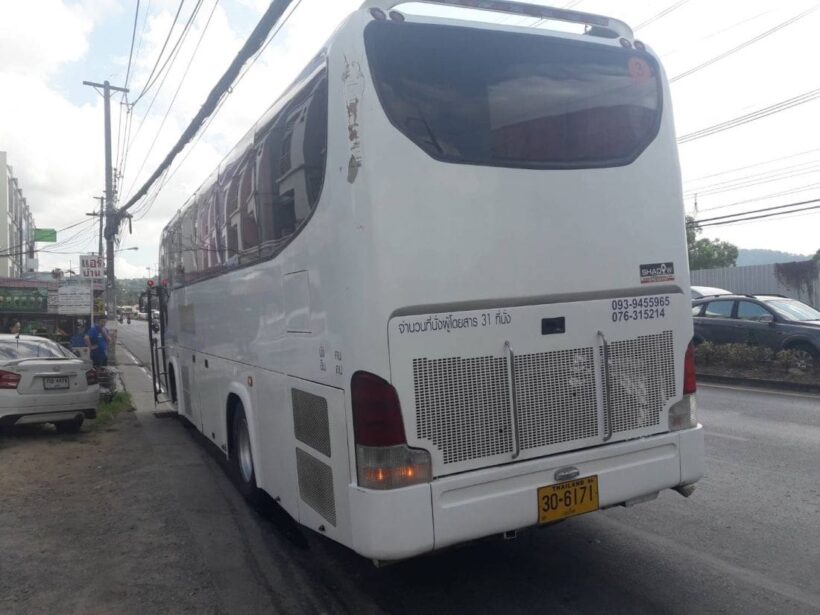 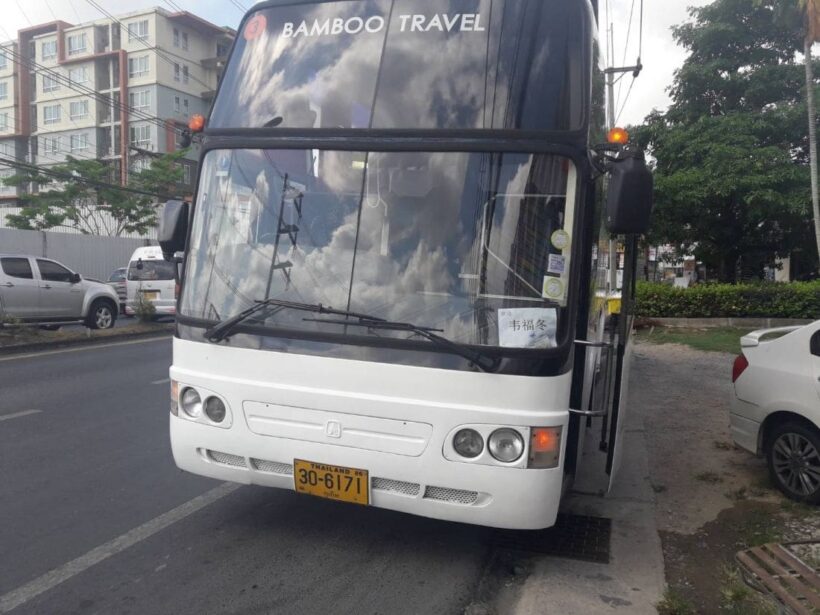 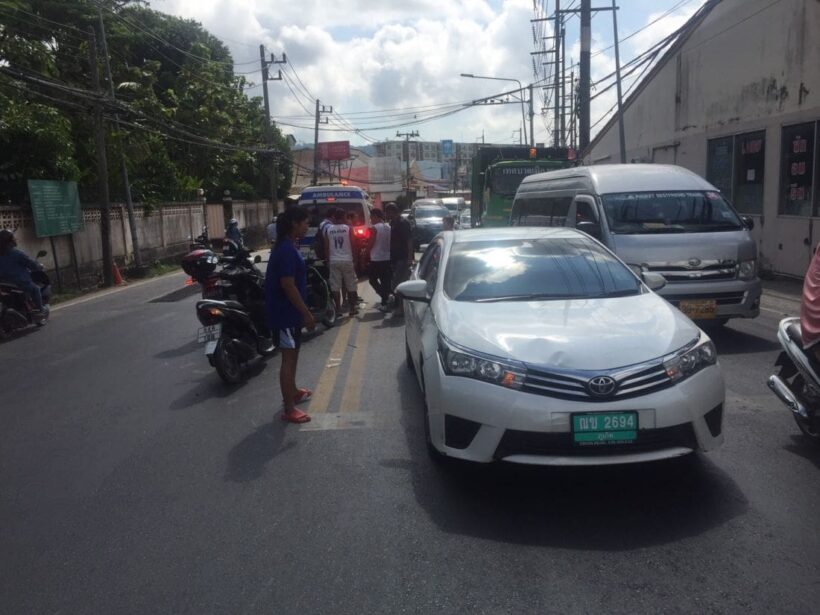 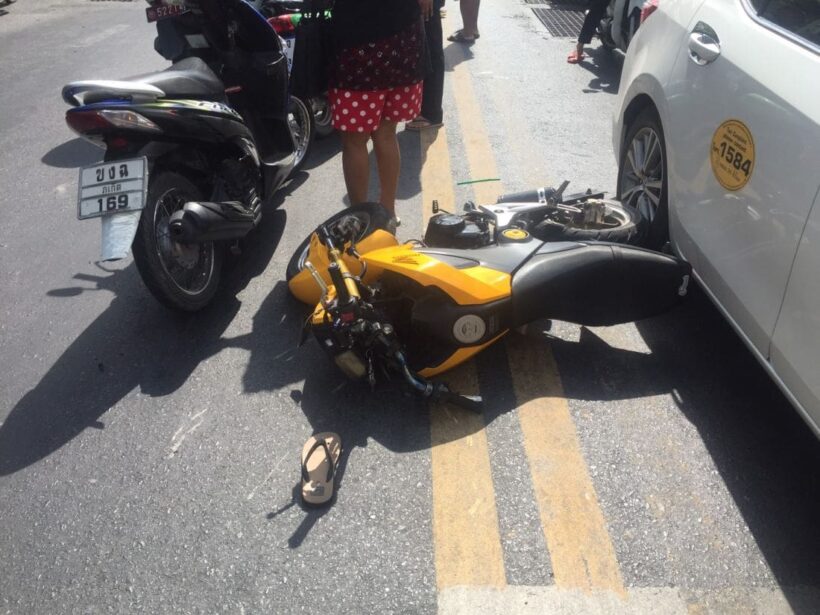 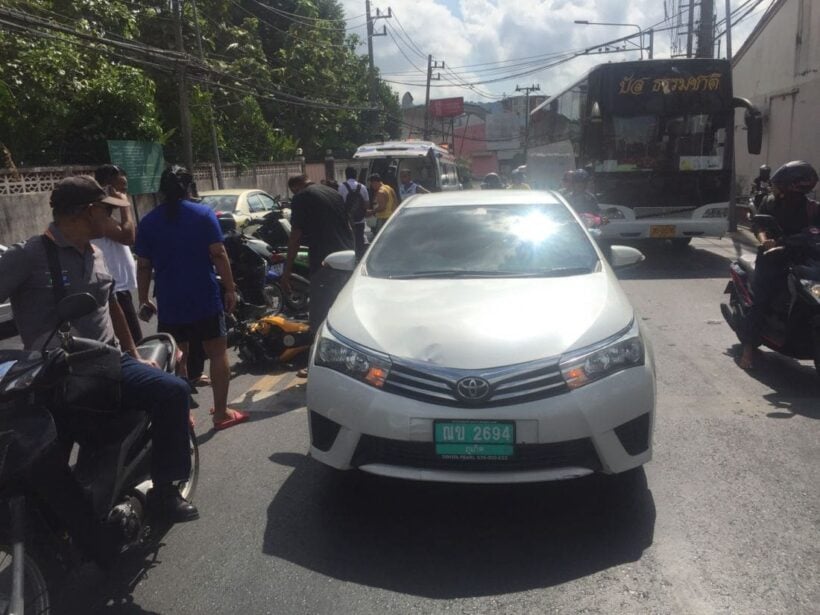 Motorbike driver dies after slamming into parked truck in Phuket