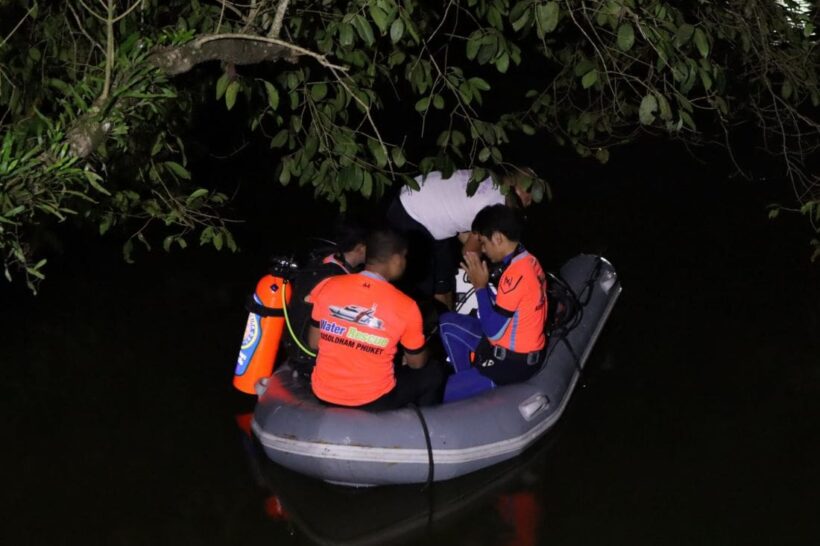 Three male Myanmar citizens did the right thing and jumped into a lagoon in Koh Kaew last night trying to rescue a monkey. But one of them drowned during his efforts to save the distressed monkey.

Kusoldarm rescue divers were notified that a man had drowned at the lagoon in about 6pm.

38 year old U Mae Au, a Burmese national, was waiting near the lagoon. U May Au told rescue divers that the person who had drowned was his 18 year old son Set Pai So.

Rescue divers took 15 minutes to locate the body of Mr Set underwater in the lagoon. His body was taken to Vachira Phuket Hospital.

Mr Set’s father U Mae Au told rescuers, “At about 5pm we were working near the lagoon. My son saw a monkey that fell down into the lagoon and was trying to swimming back to land.”

“My son and his two friends, Ao and Man, jumped into the lagoon. Man, who is a good swimmer, grabbed hold of the monkey and pulled it back to land.”

“My son and Ao were slowly swimming after him. But my son was getting tired while still in the water trying to swim back to land. Ao was trying to help him but failed.”

“I was standing there watching my son drown and I couldn’t help him.”

Police took the group back to Phuket City Police Station to question and consol them.