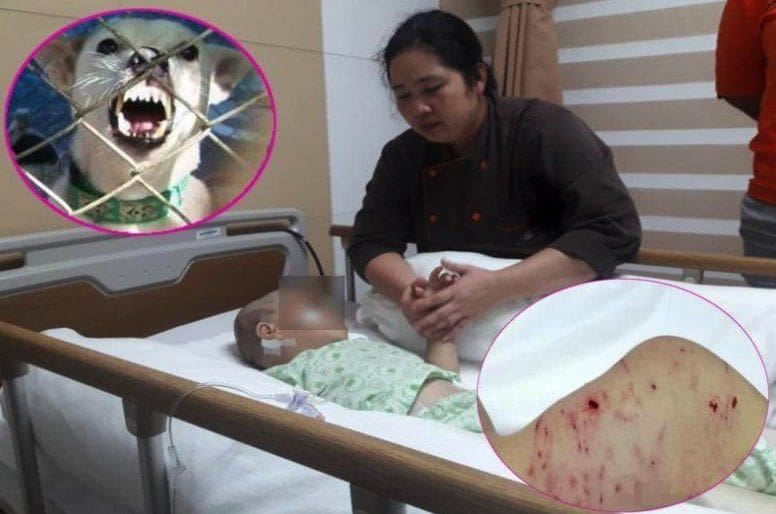 The overly-dramatic photo montage was compiled by Daily News

Daily News is reporting that a 3 year old child remains in a serious condition in the Sri Racha hospital in Chon Buri after being attacked by a pack of ten dogs.

It is the second attack reported in two days in Thailand. On Wednesday afternoon a young Finnish boy was attacked by stray dogs at Ao Nang Beach in Krabi and remains in the local hospital recovering from his ordeal.

65 year old Jitpirom Phoonpatanassuk says she was taking her grandson Namning to look at some coffee plants growing next door but he then ran back home without her.

Next she heard Namning screaming after being attacked by at least ten local soi dogs. He suffered cuts and bites to his entire body and was covered in blood when his grandmother got to him.

He had cuts around his head, waist, back, and left and right side of his body.

She took him to Phayathai Sri Racha hospital where doctors have been attending to his wounds. As of this morning he was still unable to move.

The neighbour initially blamed the toddler for entering his property then agreed to settle with a 100,000 baht compensation payment.

The grandmother has made an official report about the attack with Sri Racha police.

Foreign tourists being tracked down for driving dangerously in Pattaya