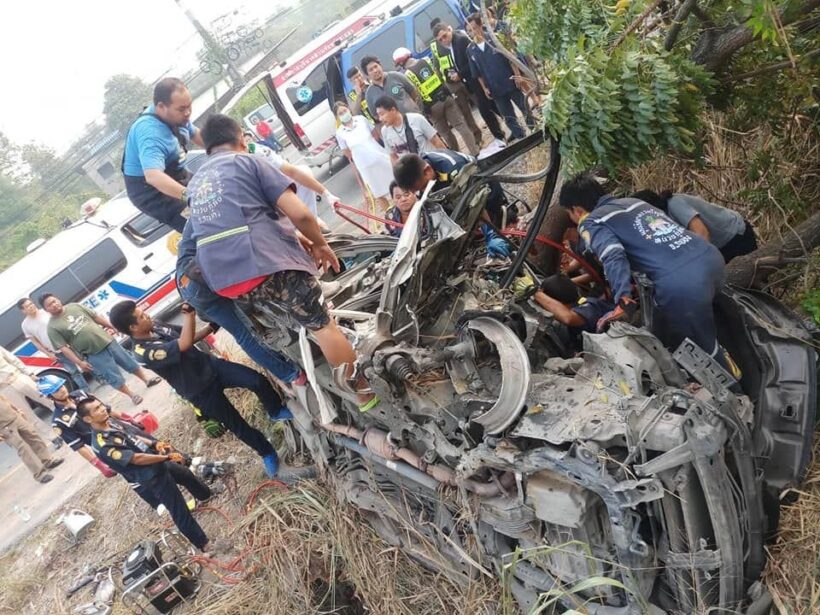 Rescue workers took two hours to free a woman from a car following a road incident in Rayong south east of Bangkok.

The Siam Rayong Rescue Foundation has reported that they were notified of the incident in Rayong city at 7am this morning.

Rescue workers arrived to find a car overturned after colliding at speed with a tree on the side of the road.

Rescue workers used four set of hydraulic cutters to free the injured passengers from the car. One woman suffered two broken legs and was rushed to a nearby hospital.

Looking at the wreckage it is a wonder no one was killed. 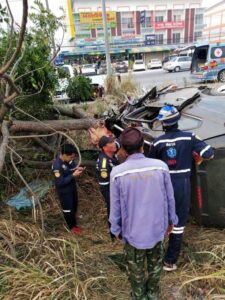 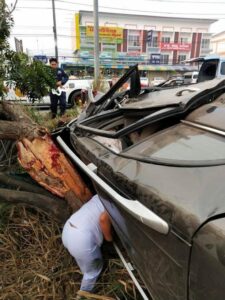 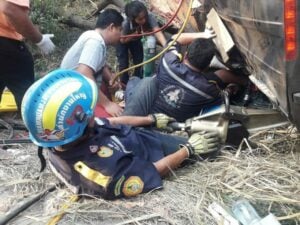 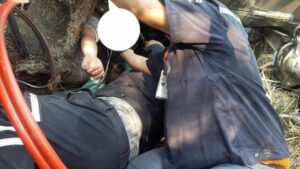 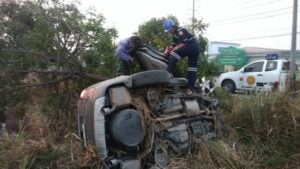 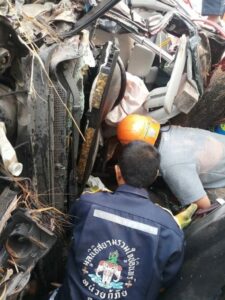 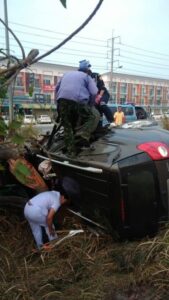