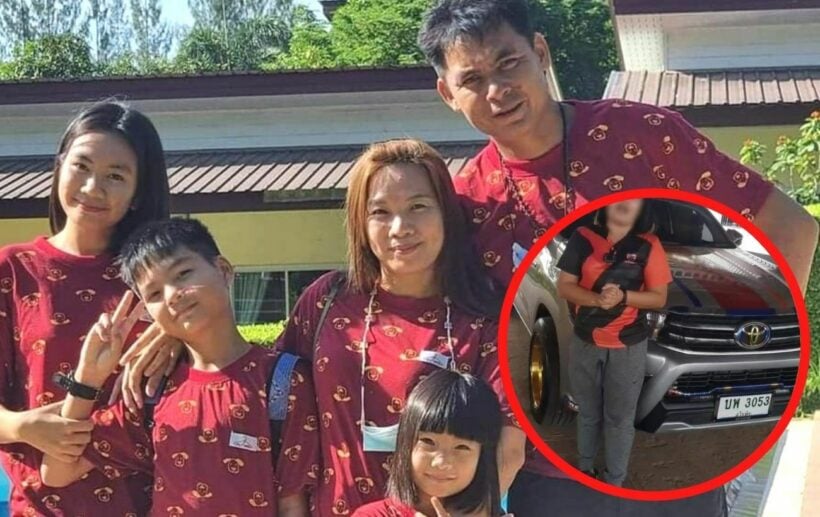 Following the report on the missing family in the central province of Sukhothai, Thai media has updated the story that the daughter has been able to contact her family today and everyone was safe. However, she didn’t share more details about where her family was or why they had been impossible to contact. Police speculate that it may have been related to financial problems or debt.

From the last update on Thai media, police have found the family pickup put on sale at a used car showroom in the Isan province of Udon Thani. The showroom owner insisted that he bought the car legally at 420,000 baht on April 9 and had all of the required documents. He told police that the car was resold several times, and he was the 4th person to own the pickup. Police then continued tracking the others who were involved in purchasing the vehicle.

The police finally met a man who bought the car directly from the family. The man said that he bought the car from the family on April 7 at 385,000 baht in Phitsanulok province, sold it to another person in Nakhon Sawan province on April 8, and that person sold it to the used car showroom in Udon Thani on April 9. He said he picked the car up at a petrol station. He told police that the family informed him that they had sold the pickup because of the “bad economic situation”.

From the latest update this afternoon, Thai media report that the 19 year old daughter has been able to contact her family, but she didn’t release more details.