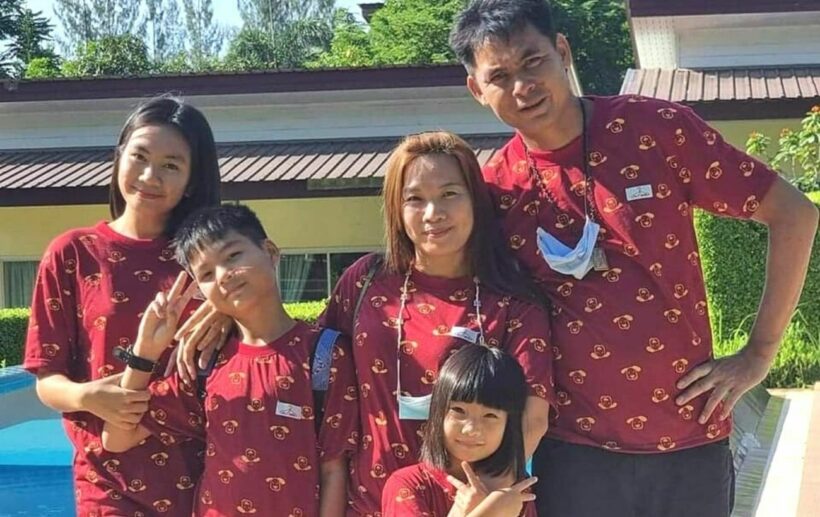 A 19 year old daughter is searching for her missing family. Her parents and two siblings disappeared from their house in the central province of Sukhothai ten days ago, since April 10. Thai netizens and Facebook pages from various rescue teams are spreading the story of the 19 year old teenager around to try and re-unite her with her missing family.

Sort of ‘Home Alone, Thai-style’ but this is a real life missing family with, as yet, no happy ending.

According to Thai media, the 41 year old father and mother, together with a 12 year old brother and a 7 year old sister departed the family home in their grey Toyota pickup on April 10. The father told the 19 year old daughter that he and the rest of the family would go on a trip but didn’t explain where they would go. The daughter has been unable to contact them since that day.

The police from the Baan Lai Police Station have since reported on the case. The police chief says that a CCTV camera at an intersection in the Wachira Baramee district of the Isaan province of Pichit has provided footage of the grey pickup. The officers expected that the family was heading to Nakhon Sawan province, but haven’t been able to find them at any other spots along the route.

Police haven’t released any information, or even intimated, that there could have been any serious conflicts or issues they were investigating that could have led to the missing family members.

Police are urging anyone who has useful information about the missing family to contact the police by calling 084 777 2591. analog
What a horrible situation to wake up and find oneself in. My prayers go out to this girl and to her family and I hope they are safe and reunited soon.
Fanta
The RTP manage to track and find, without fail, masked gold shop robbers on motorcycles with no number plates. Yet they cannot find a vehicle with number plates and a family of 4 inside.

Thai activist writes about his sex life behind bars, gets put back in prison