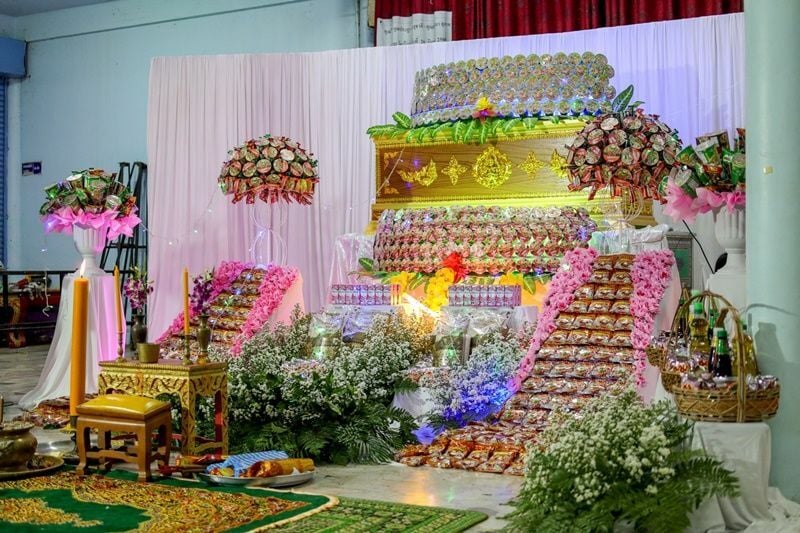 Bouquets of instant noodles replaced flowers at an unusual funeral today at a temple in Phitsanulok province, northern Thailand. In a magnificent display, hundreds of sachets of Mama noodles and other dried foods were arranged like flowers around the coffin.

Prabhali Konghoon, who died peacefully at age 68, had unique wishes for his funeral which his relatives carried out for him today at Wat Ban Pa temple in Mueang District. Prabhali didn’t want his relatives to spend money on fresh flowers that would be thrown away after the funeral. He asked them to spend the money on something that would serve a purpose once the show was over instead.

After the funeral, all of the provisions were donated to an orphanage and an old people’s home. Prabhali’s relatives said they spent the same amount of money on the dried foods as they would have spent on fresh flowers.

Aside from the decorations, the funeral featured all the usual customs of a Thai Buddhist funeral, such as chanting from monks. 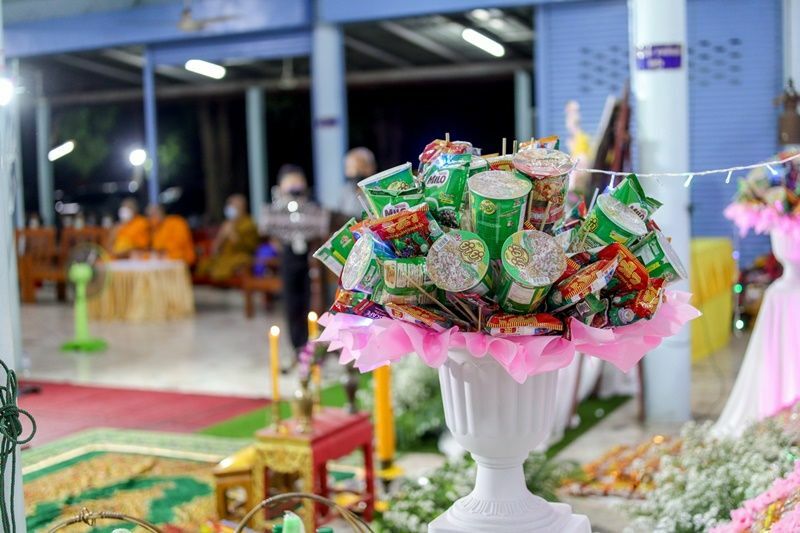 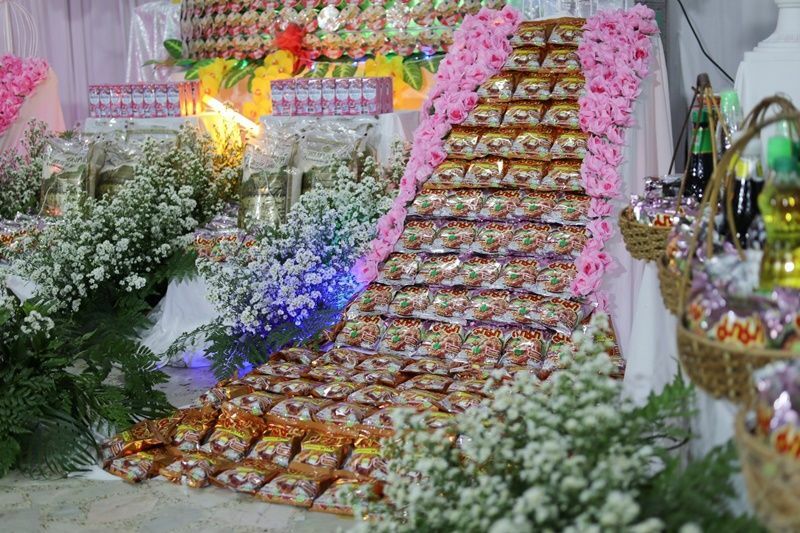 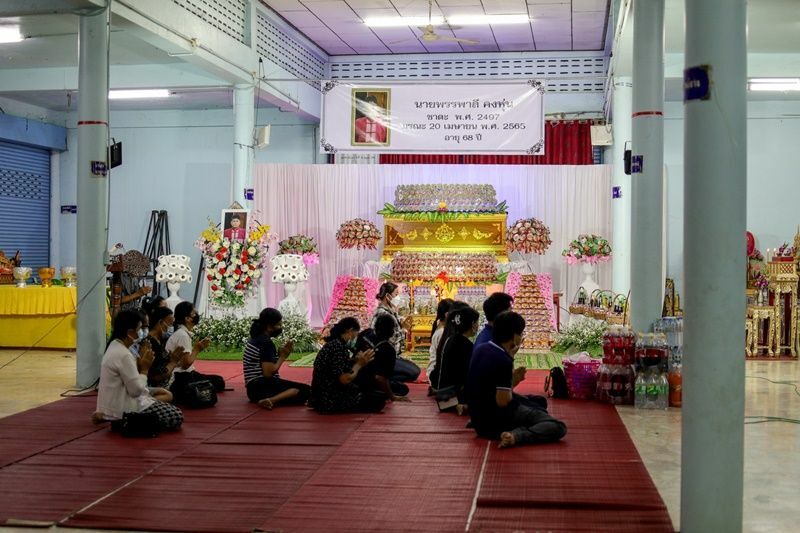 Ramanathan.P
What a noble way of doing things. Really nice and worth. The soul will be blessed

Noble_Design
You only need these guys for a funeral
HiuMak
Still practical after his death. WTG