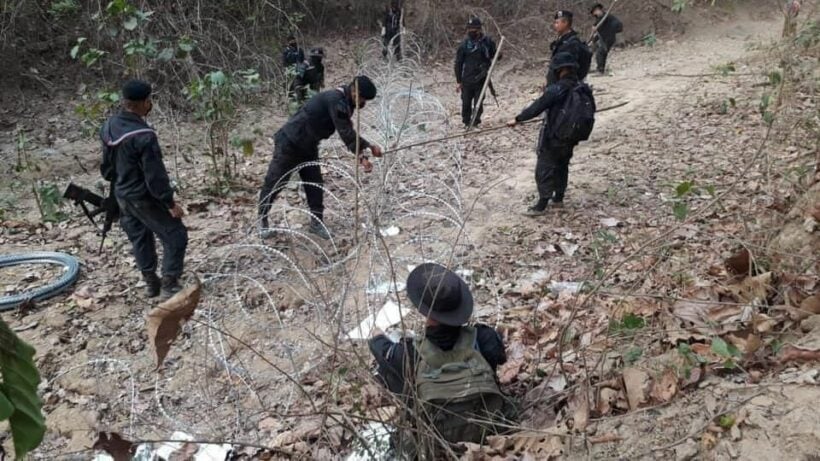 The Thai government has denied media reports that Burmese refugees fleeing the conflict in Myanmar are being pushed back over the border. Tanee Sangrat from the Ministry of Foreign Affairs insists that news reports claiming some Karen villagers who arrived in Thailand had been forced to return to Myanmar are false.

“Those reports cite information solely from non-official sources without confirming the facts from official sources on the ground which affirmed that no such pushback took place.”

Violence in Myanmar has escalated since the military coup of February 1, which ousted the democratically-elected civilian government led by Aung San Suu Kyi. At least 400 people have been killed so far. Over the weekend, the Burmese army launched air strikes on a Karen village, causing thousands of ethnic villagers to flee into the forest, before crossing the border into Thailand.

The Karen National Union has led an uprising against the military coup, allegedly attacking military posts in the state, which it’s believed led the army to retaliate with air strikes. Tanee says the Thai government continues to monitor the situation, pointing out that Thailand has a history of helping refugees from neighbouring countries.

“Thailand has experienced various influxes of people from its neighboring countries for a variety of reasons over many years. In the past, we have always assisted groups fleeing fighting and unrest based on our humanitarian tradition and internationally accepted principles.”

Thai PBS World reports that, according to Tanee, the relevant government agencies have made adequate preparations in the event of an influx of Burmese migrants, including holding areas in which to accommodate them. He adds that those already on the Thai side of the border are being looked after and that measures to prevent the spread of Covid-19 are already in place.

“It should also be noted that Covid-19 prevention measures have already been in place in the border areas for quite some time.”