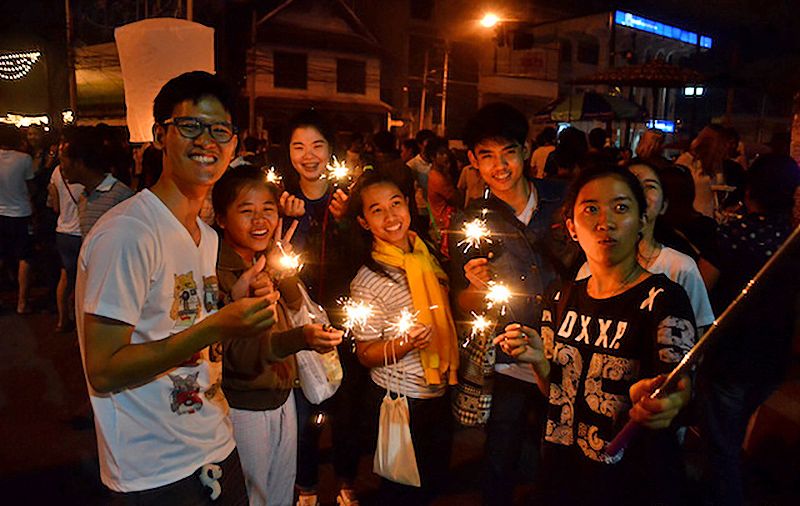 For the teenagers who have more on their mind than floating a Krathong tonight…
Teenagers are being warned not to engage in inappropriate sexual behaviour or unsafe sex during the Loy Krathong Festival.
The Public Health Ministry’s Department of Health deputy chief Dr Bancha Khakhong says that young people usually release flowery floats into rivers and water sources at night during the festival and then hang out or attend booze-drinking parties.
“This impairs their judgement and self-control and poses a risk of unprotected sex that could lead to unwanted pregnancy and STDs.”
Bancha urged boys to be responsible and use condoms. Young women could also take emergency birth-control pills sold over-counter to reduce the chance of pregnancy, the official said, warning that such medicine however isn’t for regular use as it was less effective compared to other methods.
“The best way is to restrain one’s emotions, refrain from sex or have protected sex, and to be aware of the issue of premature sex and subsequent problems,” Bancha said.
Families can provide good advice to youngsters about appropriate interaction with members of the opposite sex, and Thailand’s traditional values of reserving themselves and the respectful treatment of women and girls, the officials said.
ORIGINAL STORY: The Nation