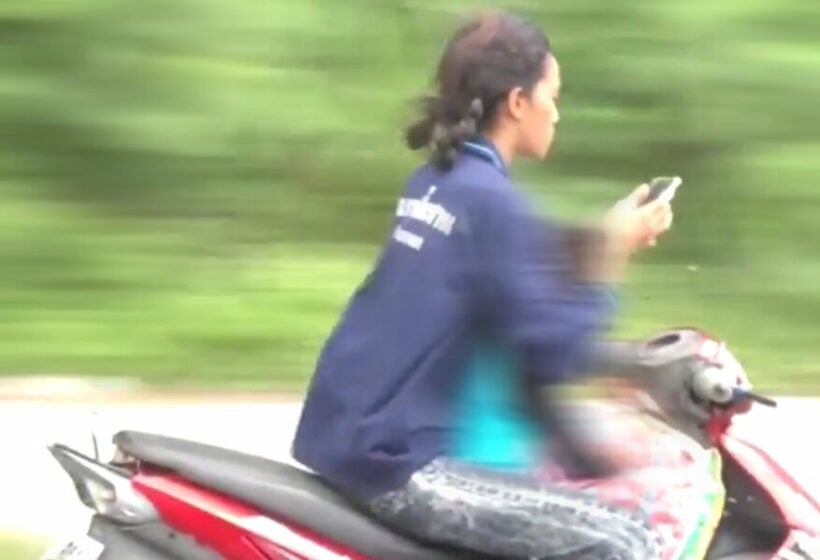 FILE PHOTO: am example of texting and driving a motorbike.

A teen girl has crashed and ended up trapped under her motorbike early yesterday morning after using her mobile phone while driving. The accident occurred around 3:30am on Jomtien Second Road in South Pattaya.

The 14 year old girl was driving home from what she described as a private engagement when she looked down to check her mobile phone. Distracted, she crashed into a parked car on the side of the road. When she crashed, the bike fell onto her leg, trapping her under it, pinned by the gear lever. Rescue workers and police were called when someone out for a late-night stroll came across the accident.

As the girl is a minor, her details were not released, but as she is below the Thai legal driving age, charges may be pressed against her parents. It was confirmed that the teen motorbike driver sustained moderate injuries in the crash. Rescue workers could not separate the bike from her injured leg without using special rescue equipment.

The girl remained calm and coherent throughout the whole ordeal, and true to teenage form, reportedly played on her mobile phone throughout the rescue effort. When her leg was freed from the motorbike crash, the teen was transported to a local hospital for treatment.