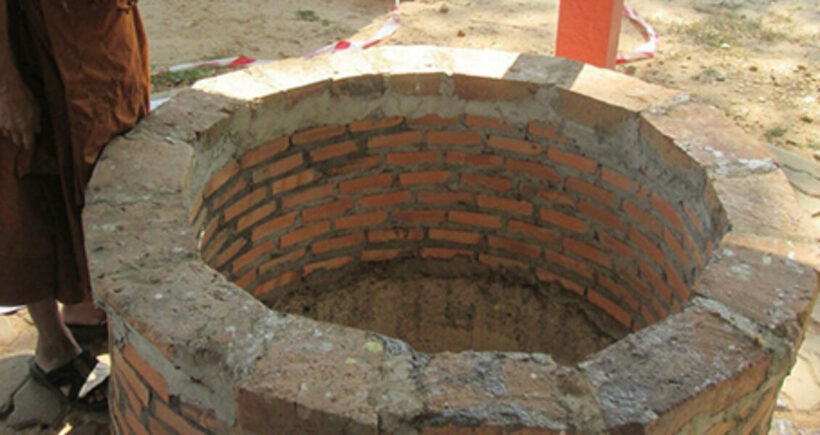 PHOTO: The man, missing for 4 or 5 days was found dead in a well.

The search is over for a man missing for several days when his body was discovered yesterday at the bottom of a well this morning. Surachet Kaenchan, a 37 year old man, had been missing for 4 or 5 days. He was from the Moo 13 village of the Muang district of Nakhom Phanom, a district on the Laos border in northeastern Thailand. The man was said to have a mental disorder. A Muang police duty officer said that Surachet’s body was found at the bottom of the well and reported at about 9 am. The well is at the Wat Tha Nong Chan temple in the same Moo 13 village in tambon Tha Kho. Rescue units and police officers were dispatched to the scene to investigate.

The well is about 12 metres deep and 2 metres wide and a sickly smell was reported coming from it. On closer inspection, a body was seen floating at the bottom of the well 10 metres down in about 2 metres of water. A rescue team member descended into the well to retrieve the body, hauling it up with a rope.

The abbot of the temple has spoken to relatives of the deceased man, who informed the abbot about Surachet’s mental disorder. After being missing for several days, the search came to a tragic conclusion with the discovery of his body in the well, but police have opened an investigation now into the circumstances of his death. There was no physical harm on the retrieved body and no traces of any sort of attack.