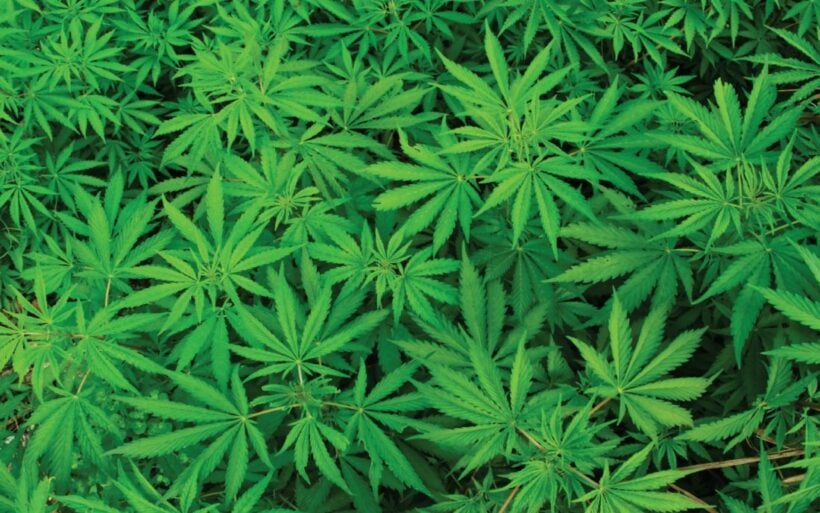 In what’s thought to be the first-ever industrial scale manufacturing facility for medical cannabis within the Asean Region, Maejo University in Chiang Mai has planted 12,000 cannabis sprouts – the largest lot in the country.

It’s hoped the result will eventually be 1 million bottles, each containing 5ml of cannabis oil, by February.

Senior officials from the Ministry of Public Health attended a planting ceremony yesterday, along with the university’s executive team, the provincial government, and local administrative organisations.

Deputy Prime Minister and Public Health Minister Anutin Charnvirakul planted the first sprout, saying recent changes in the law would allow families to grow their own plants at home.

“These are historic first steps on the path towards allowing people to grow six cannabis trees in their homes. The university will be a centre where ordinary people can learn how to plant and grow good quality cannabis. Cannabis is not an issue of politics, it is a product that can benefit people’s health. In the near future, families will be able to plant it in their back gardens like any other herb.”

In June, Maejo University signed a memorandum of understanding with the Department of Medical Service and the Government Pharmaceutical Organisation (GPO) concerning the development of cannabis plantations, including local strain development for medical use. Following that, the narcotic board granted the university a plantation licence in September.

It’s understood the planting session should produce 2.4 tons of dried cannabis flowers by February, which will be forwarded to the GPO for the production of 5,000 litres of cannabis oil. This will be given to doctors who can prescribe it to qualifying patients.

The Thai Food and Drug Administration’s decision to approve cannabis oil for prescription was met with cautious optimism by medical practitioners.

Medicinal use began on August 20 and the Chief of the Deparment of Medical Service, Somsak Akasin says initial results appear to indicate that cancer patients enjoy a better quality of life due to the cannabis oil mitigating the effects of chemotherapy.

He adds that half of children with epilepsy who have been treated with the drug have responded well.