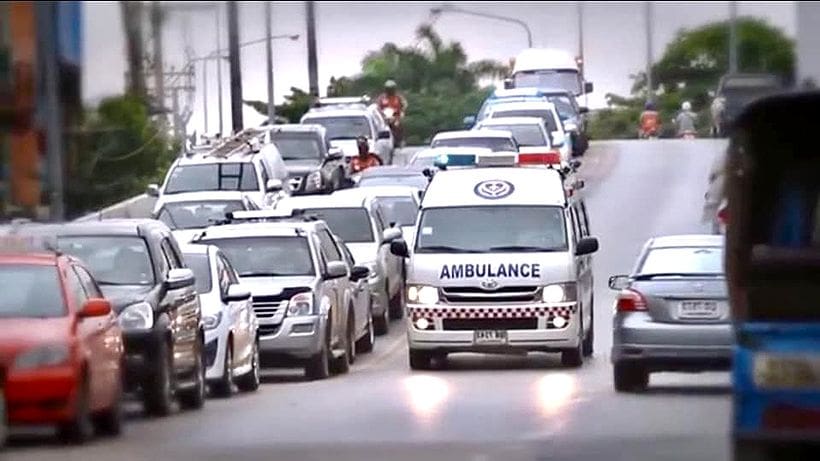 The Public Health Ministry’s directive to ensure ambulances keep below 80 kph only applies to non-emergency referral cases. The clarification issued today after a lot of criticism in social media.

The ministry’s deputy permanent secretary, Dr Prapon Tangsrikertikul, says… “The policy has been introduced to ensure the safety of those inside the ambulances. But, of course, drivers can use appropriate speeds on a case-by-case basis.”

But critics pointed out that if emergency patients were not administered timely treatment, the chance of a full recovery or survival would fade in many cases.

Chawalit Rattanasuttikul, who chairs rescue units in the South, said speed was necessary to save lives. He argued that ambulance accidents were relatively few when compared with the number of patients they helped in a year.

“The policymakers should think more about patients,” he said.

He also wondered if the ministry’s policy was intended to favour some private companies that had sold premium car insurance and GPS systems.

But Prapon explained that the speed-limit policy was only for ambulances of agencies under his ministry’s supervision, not ambulances used by other organisations and not vehicles used by rescue workers.

He said the ministry decided to introduce the policy due to the number of accidents involving ambulance vehicles. The new policy will bar ambulances from jumping red lights.

“Also, we have increased protection coverage for ambulance passengers who get maimed or die in accidents. The compensation amount has now been raised to 2 million baht per person,” Prapon said.