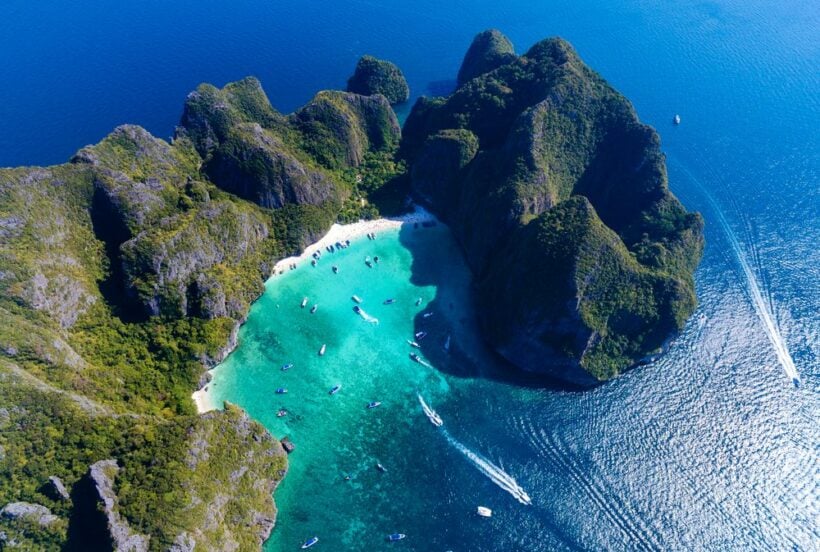 That was before. This is now.

The future remains uncertain for any re-opening of the southern Thailand tourist magnet, Maya Bay at Koh Phi Phi Ley.

Thai authorities say they have no plans to re-open Maya Bay at this stage but that they continue to monitor the situation on Koh Phi Phi Ley and the island’s famous beach.

Blacktip reef sharks have now returned to the bay – a sign that the ecosystem is starting to recover, but it could be decades before it fully recovers, according to Thon Thamrongnawasawat of the Faculty of Fisheries at Kasetsart University, Bangkok.

See the sharks on the shores of the recovering Maya Bay HERE.

In April 2018, officials announced Maya Bay would be closed for four months, from June 1. Then in October 2018, a boundary of buoys was installed to prevent boats from accessing the bay and that the four month closure would be extended another month.

A month later the news came that the Bay would be closed indefinitely. It remains closed now.

Boats can still visit Koh Phi Phi Ley but they must stop 300 metres from the beach, close enough for photos but without entering the bay, dropping damaging anchors or having tourists trample the pristine beaches.

Maya Bay was made famous by the 2000 movie The Beach starring Leonardo DiCaprio but mass tourism destroyed the bay’s coral ecosystem. At its peak, just before it closed in May last year up to 6,000 were visiting the bay every day.

Jonathan Head, the south east Asian correspondent with the BBC was given special access to the bay where he spoke to noted marine biologist Thon Thamrongnawasawat who said that up to 60 black tip reef sharks have now been spotted at the bay. 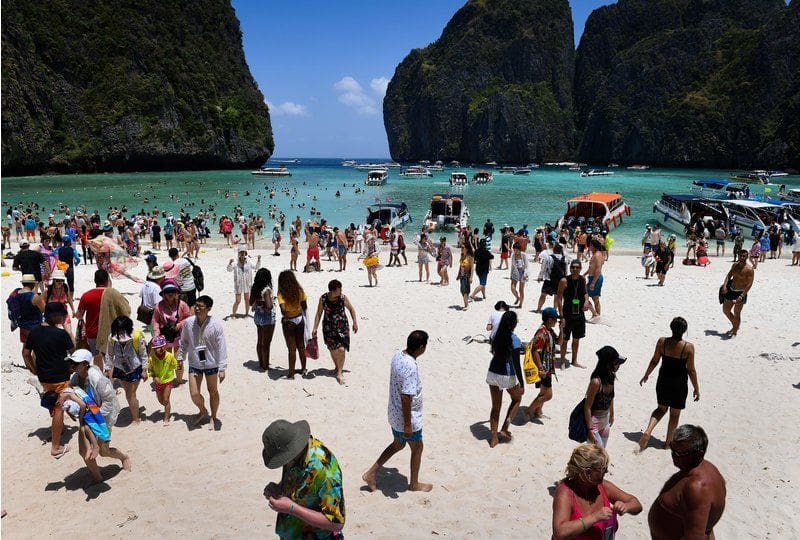 “Pattaya: Sex Capital of the World” – but tourism chief is determined to change image

Flying into history, the mighty Airbus A380