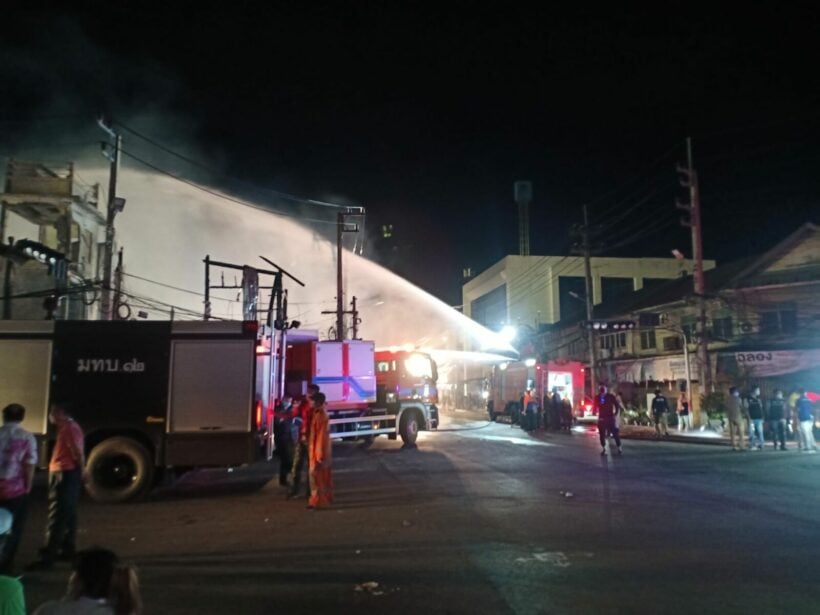 A huge fire destroyed more than 30 shops at the Prachinburi Town Municipality Market yesterday. The fire reportedly destroyed properties worth more than 100 million baht. No injuries and deaths were reported, and volunteers rescued seven bedridden local residents who lived in the area where the fire broke out.

Officials were first alerted about the incident at 5pm, and arrived at the scene shortly. But due to strong winds, the fire expanded to nearby areas, and across the street. 30-40 fire trucks were deployed, and it took them three hours, until 8pm, to put out the fire.

The Pattaya News reports that the market building was mostly made of wood, and was on fire. TPN also said said gas explosions could be heard periodically. One of the properties damaged was a pharmacy.

Earlier this month, another fire broke out at an 18-storey luxury hotel in Bangkok. Firefighters say it may have started at a pile of trash outside the hotel and moved up the electricity pole to the wires connected to the eighth floor of the hotel. There were no reports of deaths and injuries.