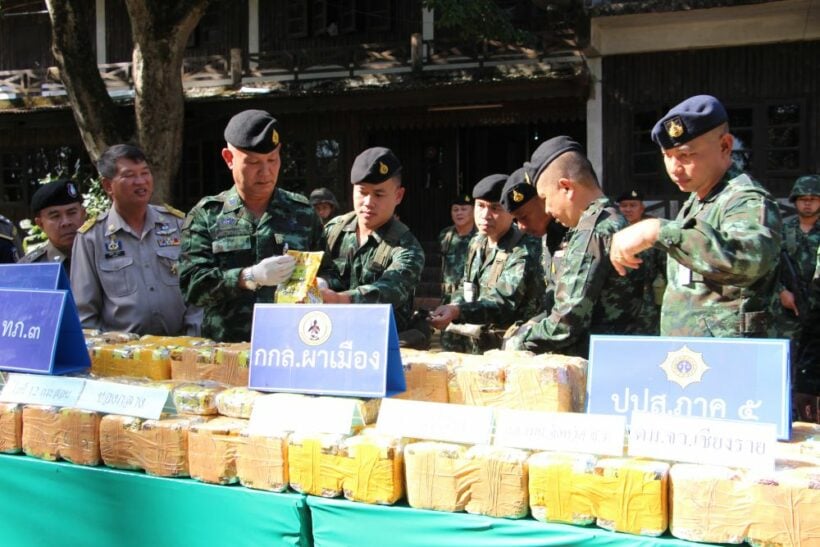 A Burmese man from the Shan State has been arrested after troops intercepted his pickup and found a large shipment of 300 kilograms of crystal methamphetamine last night.

The Pha Muang Taskforce had officers set up a checkpoint on the bypass near Chiang Rai’s Mae Sai district between the Thai-Myanmar Friendship Bridge and Ban Nam Jam village in Tambon Pong Pha.

Troops say they saw a pickup slow down and make a U-turn before it reached the checkpoint so they chased after it until the driver lost control and drove off the road.

Police report that the driver managed to flee into the roadside forest but his passenger, Sam, also Shan, was arrested. Authorities later learned that the fleeing driver was identified as 34 year old Nattapol Thongkham.