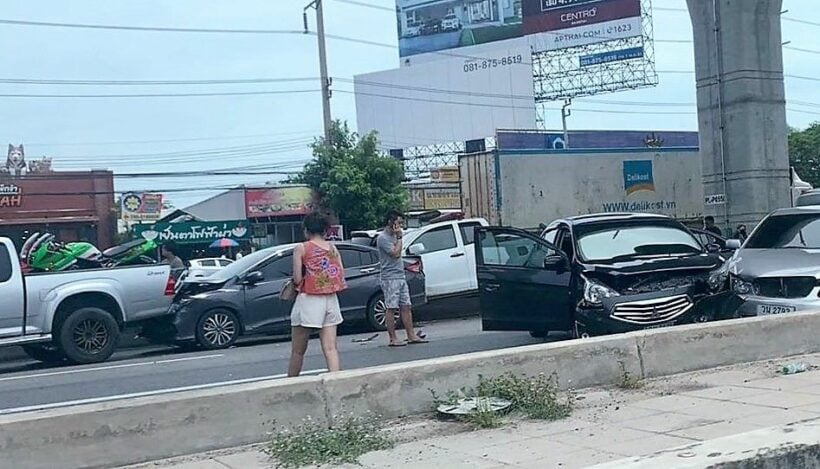 A 10 car pile-up in the central province of Nonthaburi yesterday caused a traffic jam that stretched for several kilometres, causing delays and blocking access to the road. A Nation Thailand report says the chain of collisions began when a car drove into the back of a truck transporting motorbikes. This then triggered a domino effect, with 8 other vehicles behind colliding into the vehicles in front. 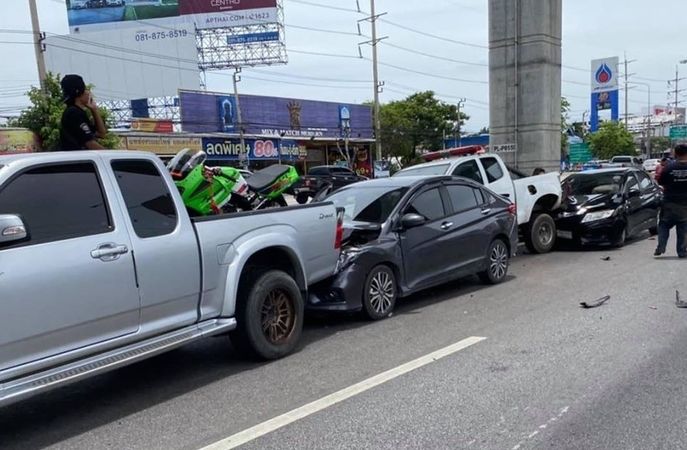 The resulting tailback, on Kanjanapisek Road in the Bang Yai district in Nonthaburi, shut off access from all inbound lanes, with traffic police having to divert traffic from the lanes to a bypass road nearby in order to clear the area. No deaths or injuries have been reported.