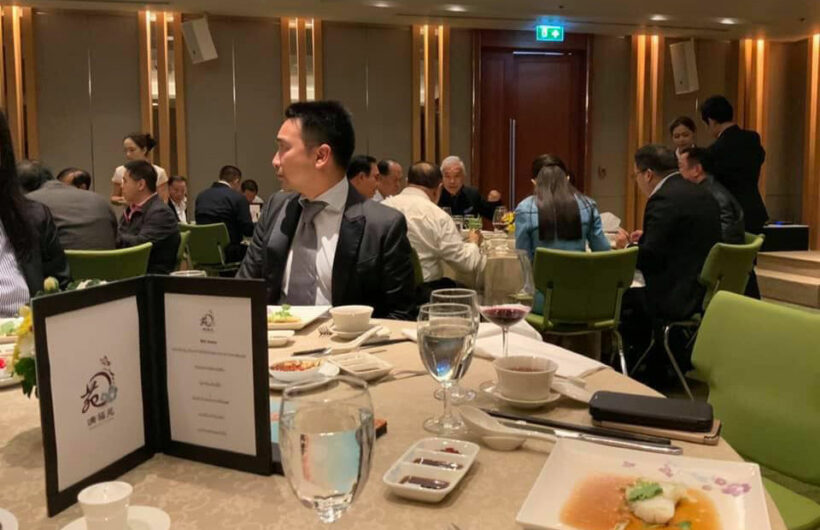 Environmental groups are outraged after shark fin soup was served at an official Government party in a Bangkok hotel on Tuesday. The Thai PM Prayut Chan-o-cha attended the event.

Thai PBS World reports that the soup was served at a gathering of various pro-government parties, as part of a menu that included steamed snow fish in soy sauce, dim sum and egg noodles with river prawns and vegetables.

The inclusion of the controversial soup has led academics and conservationists to blast the Government for its indifference on environmental matters, pointing out the irony of the dinner taking place the day before Thai Environment Day.

One Facebook user, Sak-anan Plathong conceded that attendees may not have known the soup was being served as the menu was decided by officials who are seemingly unaware of the worldwide campaign against eating shark fins. However, he says responsibility still lies with the government for not having checked the menu in advance.

A survey carried out by non-profit conservation group Wild Aid Thailand claims that Thailand is still one of the biggest consumers of shark fin soup in the world, with the soup served at 72% of Thai weddings, 61% of family gatherings, and 47% of business events.

The government party on Tuesday night, attended by the PM, Deputy PM and Interior Minister, was held for government and coalition members, to remind them of their “pledge to work together and observe joint resolutions”. 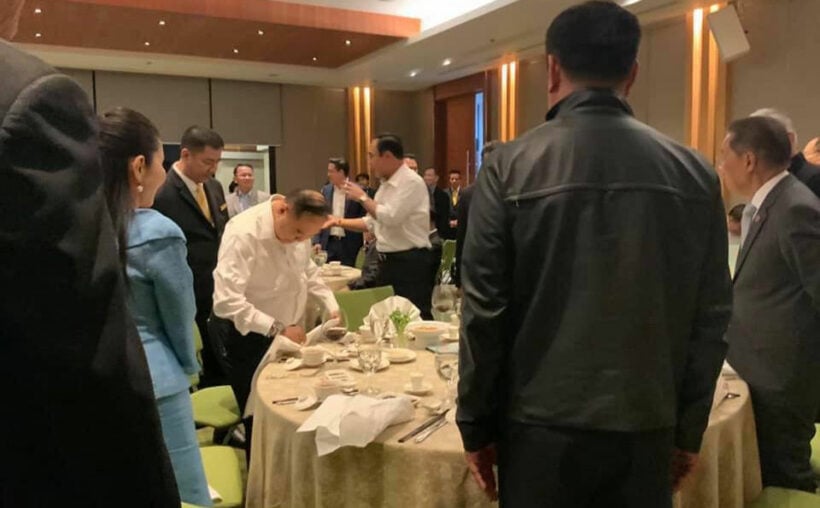