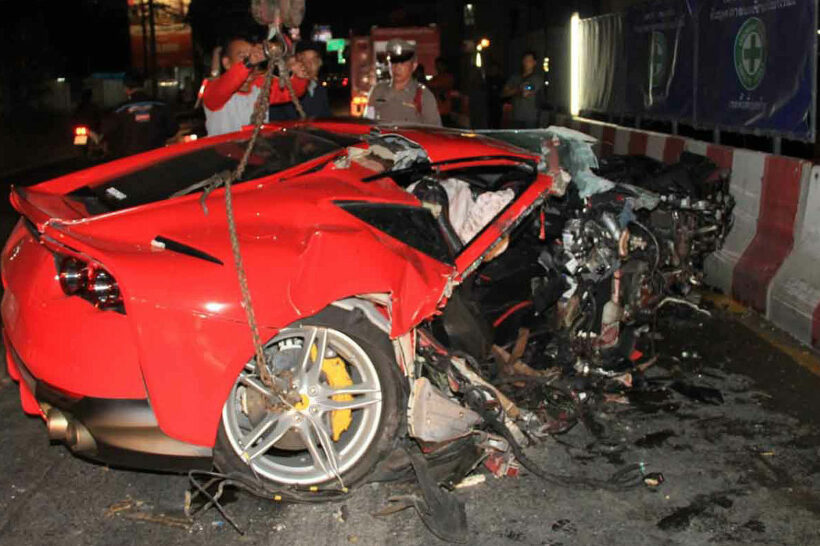 A beverage maker and auto racer, and his actress passenger, have escaped with only minor injuries after his Ferrari crashed in Samut Prakan, just south of the capital. The vehicle hit a concrete barrier at a monorail construction site and the front of the red car was almost completely destroyed.

36 year old Sarawut Sereetoranakul was trapped in his seat inside the totalled  Ferrari, with a broken right leg. Rescue workers used hydraulic ‘jaws’ to extract him. Looking at the photo, the two occupants were lucky to survive.

Sereetoranakul is the managing director of JS Asia Beverage Company, and races professionally for the PSC Motorsport team. His passenger was 25 year old actress Sananthachat Thanapatpisal, aka. Fon Hormones, who suffered slight chest pains as a result of the crash. They were taken to a nearby hospital and later referred elsewhere.

Sereetoranakul told police that it felt like the vehicle slid on an oil patch, causing him to lose control and plough into the concrete barrier in the middle of the road. Police are checking local CCTV and investigating the accident. 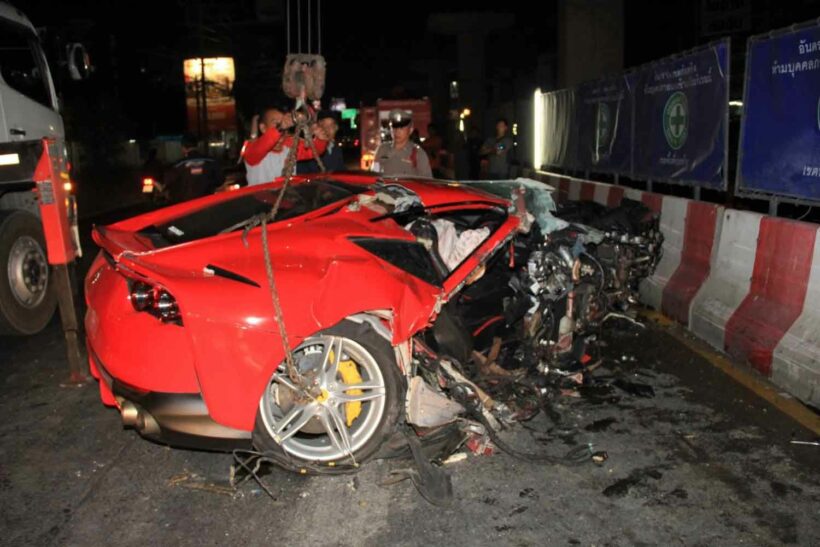